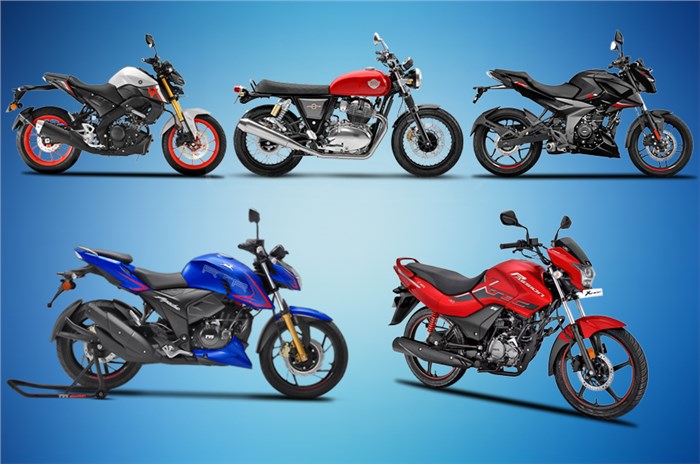 The bulk of the buying in Q1 has happened in the frugal bike category – mainly 100 to 110cc bikes, which excel in the art of stretching every ounce of costly petrol to the max. Over 12 lakh (12,76,764 units) of them were sold, recording strong 35 percent YoY growth and accounting for 53 percent of total motorcycle sales in Q1.

With just 9,295 units sold, it is a 33 percent decline on year-ago sales of 13,794 units in the 200-250cc segment. One of the reasons for the relative non-performance of this segment is the pricing of the bikes. The 200s are nearly as good as the 250s in most aspects. Furthermore, the 250s' pricing tempts people to look at higher capacity options. And fuel economy is not their avowed goal either.

The fast reducing price gap between these bikes and feature-rich premium 150-200cc commuter bikes is driving buyers to the 250-350cc category. Many first-time bike buyers, who cannot afford a big, muscular superbike, are keen on a smaller, style, performance-oriented machine with value for money written all over it.

There is also the global trend of manufacturers the world over offering lighter models with easy to ride dynamics and ergonomically comfortable seat heights, which makes them practical for city commuting as well as wind-in-the-hair highway excursions.

With 5,310 bikes sold under this category, YoY growth was a smart 114 percent. The 650cc twins from Royal Enfield are on the top in this segment, while Kawasaki India is the next best, with 180 units, split between the Ninja 650 and Versys. It is followed by Triumph Motorcycles India, with 124 units of the Street Triple.

While high petrol prices, inflationary pressures and cost of ownership continue to be challenges in the commuter bike segment, sustained demand from rural India will help drive momentum in the motorcycle market in the months ahead.

No such inflationary pressures for the midsized or luxury bike market, where sales are racing along at a rapid pace. For instance, BMW Motorrad India is headed for record sales this year. In the first six months of 2022, it has sold a total of 3,114 units.

With three months of the fiscal year over and nine still to go, it's still early days for the two-wheeler industry to confirm whether sustained growth is here to stay. But the ample monsoon across the country bodes well for the agrarian-led economy, along with the benefits that percolate first to the two-wheeler segments, followed by the rest of the automobile industry.