Motorcycle helmets must comply with BIS norms by March 1, 2021 – MoRTH 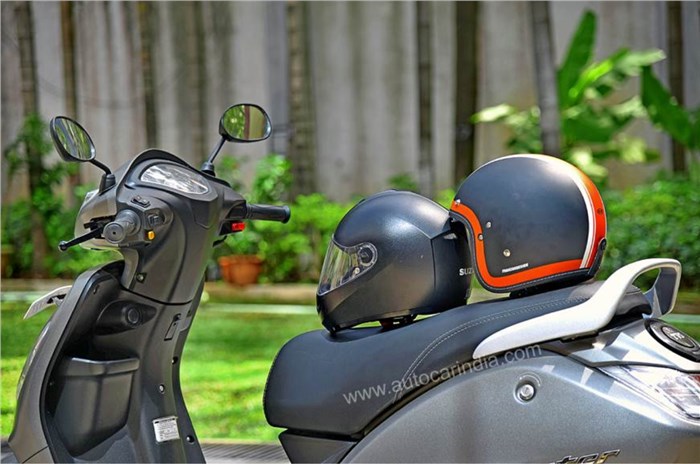 There is still no clarity on whether the proposed 1,200gm maximum weight limit rules apply under the BIS standards.

There has been much back and forth in India since 2018, regarding helmet safety norms. We have now come by a new notification from the Ministry of Road Transport and Highways (MoRTH) that states all helmets must comply with BIS (Bureau of Indian Standards) norms by March 1, 2021.

We should begin with the back story. In 2018, the government notified that it was going to make it compulsory for all helmets to comply with BIS standards and that they must carry the ISI mark. This was a fair call, considering our horrific death rate from two-wheelers accidents and the fact that a majority of the cheap helmets sold in India do not meet the standards.

The controversial part of the 2018 notification was that the government wanted to lower the maximum weight allowed to 1,200gm. This was a terrible move for a number of reasons that you can read about here. In essence, it meant that almost all imported full-face helmets wouldn’t be permitted to be sold in India, even if the manufacturers were willing to test to meet the BIS standards –  only those built from exotic and very expensive materials like carbon fibre can weigh lower than 1,200gm.

Naturally, there was a big hue and cry and the Indian motorcycling enthusiast community rose to the occasion. Thousands sent in their feedback via emails to the concerned government body. The government seemed to have taken heed because there was no further talk on the subject until earlier this month.

A couple of weeks back, reports emerged that the government had done away with the proposed weight limit and that this will come into effect on September 4. However, we were unable to find this notification on either the MoRTH or BIS website. In fact, the most recent circular regarding helmet safety regulations was released on the BIS website on July 14 and this states nothing about the proposed weight limits.

Instead, this circular states that the implementation of the updated IS 4151 regulations, which were proposed in 2018, has been postponed to December 29, 2020. The BIS circular states “Considering request received from BOs, various stakeholders and considering present situation of lockdown due to COVID-19, the date for implementation of revised IS 4151 : 2015 is further extended up to December 29, 2020. Other terms and conditions of CMD-III circular ref: CMD-III/16:4151 dated 10/07/2018 remains same.” That last sentence is worrying.

The most recent MoRTH notification that you are now reading about was released on July 30, 2020. It states that motorcycle helmets must comply with the aforementioned IS 4151:2015 test standard. The question yet to be clearly answered is whether this comes with or without the proposed amendment regarding the 1,200gm maximum weight limit. Hopefully, the answer will be made public in the next few days.

The latest MoRTH notification is open to public response for a period of one month. Feedback can be sent to Priyank Bharti, Joint Secretary to the Govt. of India at jspb-morth@gov.in.