Based on the Scrambler 1100 Pro, the limited edition is exclusively for members of the Scuderia Club Italia. 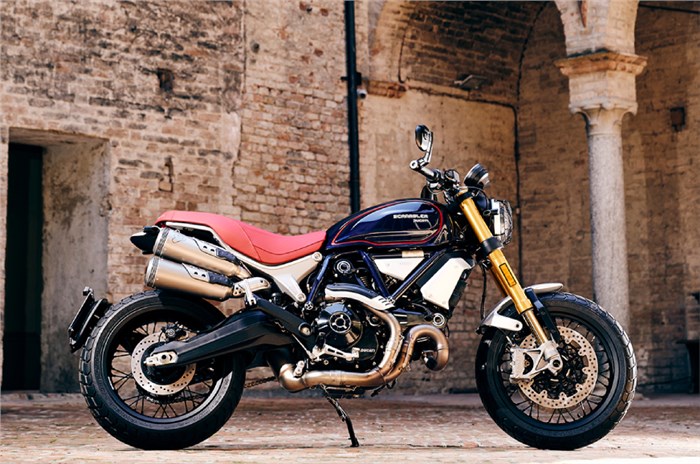 Ducati has revealed a limited-edition Scrambler 1100 Sport Pro called the Scrambler Ducati Club Italia. The bike is a product of a collaborative effort between the Ducati Style Center and the Scuderia Club Italia, and at the moment, is exclusively for members of the club.

What is the Scuderia Club Italia?

The Scuderia Club Italia is an exclusive sports-cultural association, founded in 1989 by vintage/racing car drivers, connoisseurs and enthusiasts. As per the association’s statutes, no more than eighty members can be a part at any given point in time. The Scuderia Club Italia promotes Italian cars through sporting events or by attending key shows and also designs and develops original versions of cars and motorcycles.

Interestingly, the new Scrambler Ducati Club Italia isn’t the first joint design by the Italian marque and the club. Back in 1995, the partnership produced 36 units of the Monster 900 Club Italia.

In its press statement, Ducati has mentioned that the unique graphics and accessories on the limited-edition Scrambler make it the most exclusive Scrambler ever built by Ducati.

Design highlights on the bike include a red leather seat by famed furniture maker and leather design house, Poltrona Frau, with an embroidered Club Italia logo. The tank is painted a metallic blue with a bright red trim, and the frame has the same metallic blue finish as the tank. The rear subframe, meanwhile, has a natural aluminium finish. The front and rear fenders are aluminium as well but get a tricolour finish. Lastly, the Scrambler Ducati Club Italia features blacked-out wheels and spokes.

The Scrambler Ducati Club Italia also features a Termignoni titanium exhaust and heated grips. Some other parts of the bike have also been swapped out for more exclusive components. These include an aluminium tank cap, the underside of which sports the Club Italia shield logo. The LED indicator bodies, brake and clutch levers, brake and clutch fluid reservoir covers, frame plugs and footpegs are aluminium as well.

Members of the Scuderia Club Italia were given an exclusive preview of the Scrambler Club Italia earlier this week and will also receive a personalised bike cover, a certificate of authenticity and a hand-crafted Bell helmet on purchase of the bike.