The India-spec KTM RC 125 will feature some changes from the international model, and go on sale in the third week of June. 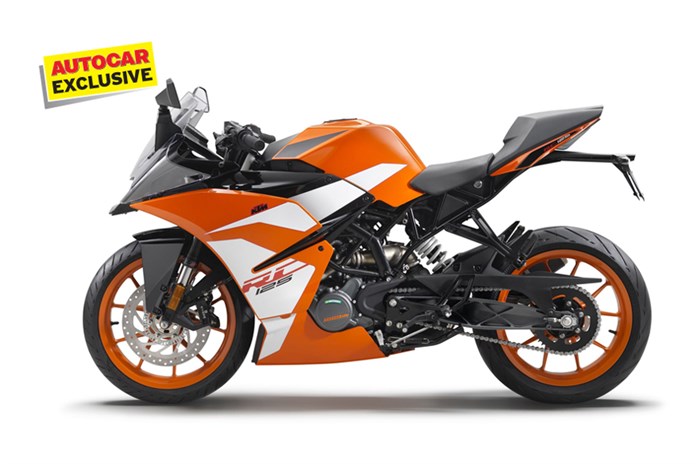 The launch of the KTM RC 125 was a certainty after how well the 125 Duke was received in India. We have now learned that the fully faired, supersport motorcycle will go on sale in the third week of June, while deliveries are set to commence in the first week of July 2019. The India-spec motorcycle is also expected to feature some differences when compared to the international model.

Like the 125 Duke, the RC 125 isn’t a new version of the RC range and the motorcycle has been on sale in select international markets for a few years now. While the RC 125 will be largely similar to the international-spec model, it is expected to feature some tweaks. The RC 125 was recently spotted in India and it had an underbelly exhaust and not a side-mounted unit like the international model. The India-spec model also features the secondary mudguard along with the mandatory saree guard. We could also get a different colour scheme.

The RC 125 and 125 Duke are likely to share much of their mechanicals – like the 124.7cc, single-cylinder, DOHC, liquid-cooled motor that produces 14.5hp and 12Nm of torque. The RC 125 is also expected to use the same suspension and brakes as its naked counterpart. And if that’s the case, it is bound to miss out on dual-channel ABS and get a single-channel system instead.