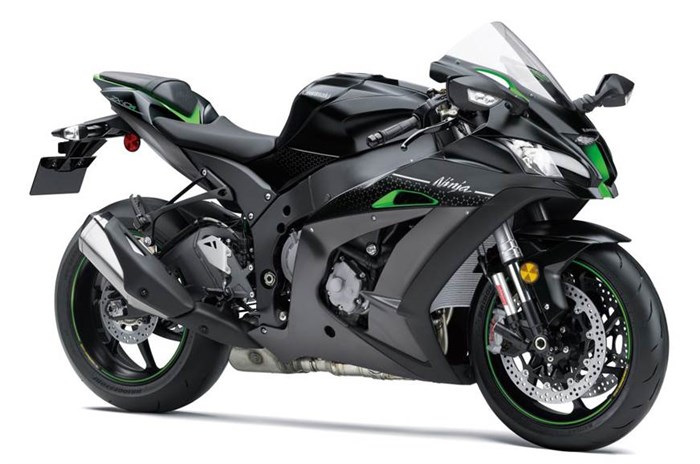 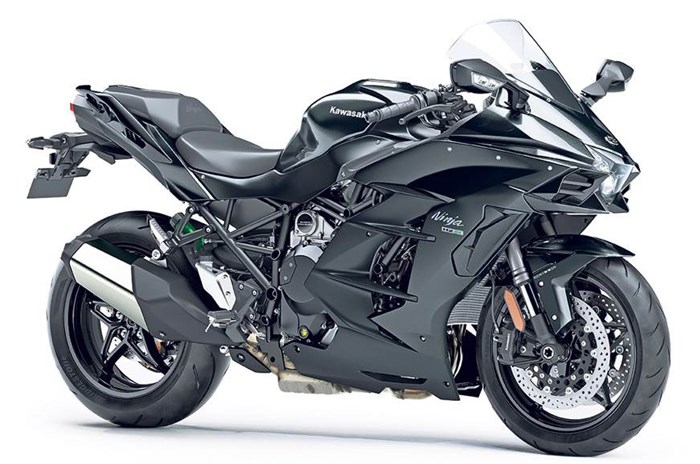 Kawasaki is expected to showcase – and maybe launch – a variety of motorcycles at the Auto Expo 2018. The new Ninja 400 is likely to be present at the manufacturer’s stand, along with the new SE variant of its litre-class bike, the ZX-10R, that’s also expected to make its Indian debut at the show. Kawasaki may also display its Ninja H2 SX (touring-orientated H2) at the show. There is also a possibility to see a road-legal enduro motorcycle – a segment first – from Kawasaki at the Auto Expo 2018.

Kawasaki Ninja 400
The 400 in the Ninja’s name indicates the motorcycle’s all-new 399cc parallel-twin engine that makes a claimed 45hp and 38Nm of torque. The Ninja 400 has a new steel trellis frame that uses the engine as a stressed member and helps deliver a 6kg weight saving over the Ninja 300, putting it at 168kg. The clutch pull is lighter thanks to the addition of the assist and slipper clutch. The motorcycle also comes with a larger 310mm disc up front with Nissin ABS. Kawasaki claims that the ‘large-volume bodywork’ offers great wind protection. Also part of the bodywork are the Ninja H2 inspired ‘chin-spoilers’ below the twin-LED headlamps. Another bit from a bigger sibling is the instrument cluster, which is directly borrowed from the Ninja 650. There is no clarity at the moment on whether Kawasaki will bring the Ninja 400 to India, as the Ninja 300 was recently introduced in BS-IV trim. We believe the Ninja 400 could make it to India this year as a replacement to the current 300, especially as this bike offers ABS, which will be mandatory soon. If the 400 does make it here, expect it to be priced higher than the Ninja 300’s price of Rs 3.6 lakh (ex-showroom, Delhi).

Kawasaki Ninja ZX-10R SE
The Kawasaki ZX-10R now has an SE variant that features electronic semi-active suspension derived from the company’s Superbike World Championship race bike. Along with the trick suspension, the motorcycle also gets additional equipment to further enhance its track abilities. Kawasaki claims that the new ZX-10R SE is loosely derived from Jonathan Rea’s Ninja ZX-10RR race bike. The SE comes equipped with Showa suspension at the front and rear (Balance Free Front Fork and BFRC-lite shock, featuring the same construction as the suspension on Kawasaki’s WSB Ninja ZX-10RR race machines). It is also the company’s first motorcycle to feature Kawasaki Electronic Control Suspension (KECS) – a technology that has stroke sensors and adjustment solenoids built into the suspension. This tech is meant to adapt to both road and riding conditions and provide the right amount of damping, with a reaction time of just one millisecond. Power figures, however, are identical to the 10R – 207hp at 13,000rpm (with ram air) and peak torque of 113.5Nm at 11,500rpm. Being a more track-focused 10R, the SE gets new lighter seven-spoke Marchesini forged wheels, an up-down quickshifter and a new colour scheme. We can expect the SE to be showcased at the Auto Expo 2018.

Kawasaki Ninja H2 SX
If you were looking at getting the H2 but felt that it needed a bit more practicality, then Kawasaki has you covered now. The Japanese bike maker recently launched the supercharged H2 SX sports tourer internationally, which features a lot of changes over the standard H2 – including an improved fuel economy – that make it more of a tourer. The bike is available in two trims – the SX and the high-spec SX SE – and Kawasaki states that the engine has received revisions to provide more mid-range power, as opposed to the top-end power seen on the H2 and H2R. The revised performance was achieved by making big changes to the engine’s internals, with it getting new cylinders, pistons, head, camshaft and supercharger. Kawasaki has not stopped there, the H2 SX also gets a new trellis frame that has been built with a strengthened rear sub-frame to handle increased load. The SX weighs only 18kg more than the standard H2, even after its additional fairing and touring add-ons. The SX SE variant comes equipped with additional features, including Kawasaki’s first colour TFT LCD instrument cluster and LED cornering lights. It also comes with an up-down quickshifter, Kawasaki Launch Control Mode (KLCM), a large windscreen and heated grips. This supercharged sports tourer is also expected to be on display at the manufacturer’s stand at the Auto Expo 2018.

Dirt bikes
Kawasaki has so far launched several non-road-legal, dirt-biased motorcycles. First came the small KLX 110 in late 2015, followed by the motocross-style KX100 and KX250F in December 2016. In January 2017, Kawasaki introduced the off-road, trail-style KLX 140G. After which, Kawasaki brought the new KX250F, KX450F and KLX450R to India. We can expect all of these dirt bikes and more to be on display at Kawasaki’s stand at the Auto Expo 2018.

In addition to this, we could see Kawasaki launching something along the lines of its 2018 KLX 250 in India. This would be the first road-legal dirt/enduro bike offering in the country and would make them the first manufacture in the segment to offer a product like it.