Kawasaki to introduce 10 electric and hybrid motorcycles by 2025 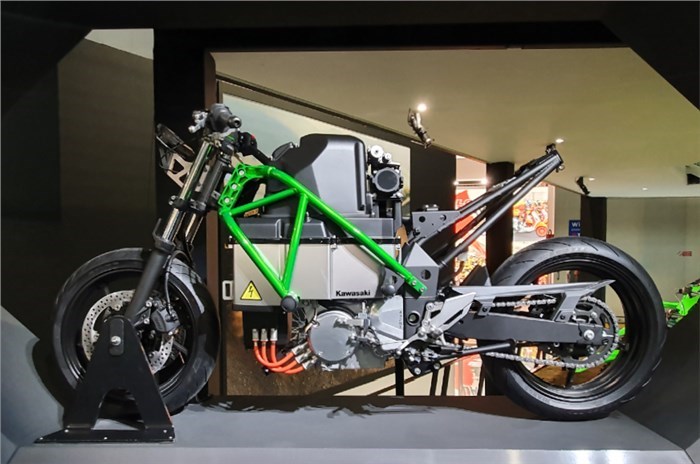 Kawasaki announced its plans to launch electric and hybrid two-wheelers as part of its future plans to introduce vehicles powered by alternative fuels.

Kawasaki Motors president Hiroshi Ito said the company aims to launch 10 electric and hybrid two-wheelers as early as 2025. These will not only include road-biased models but off-road motorcycles as well. The number will rise significantly, with more electric bikes planned by 2035.

Kawasaki has already released details about its upcoming electric motorcycle, Endeavour. The EV prototype was showcased at the 2019 EICMA and is equipped with a 4-speed manual gearbox. The production version will feature the same manual transmission since the company believes that it offers a greater speed range and also allows the rider to have greater input when operating the bike. While the bodywork of the prototype is taken off a Kawasaki Ninja 300, expect the production motorcycle to look different.

The hybrid models, on the other hand, could be part of the performance range of the company, either the superbikes or the touring bikes.

At present, Kawasaki hasn’t clarified whether the upcoming electric and hybrid bikes will be built from the ground up or current ICE models will be adapted to fit these eco-friendly powertrains.

Nevertheless, Kawasaki has made its intentions about future mobility known loud and clear. Time to wait and see how its competitors react.