Jawa to open 100th dealership in India this week 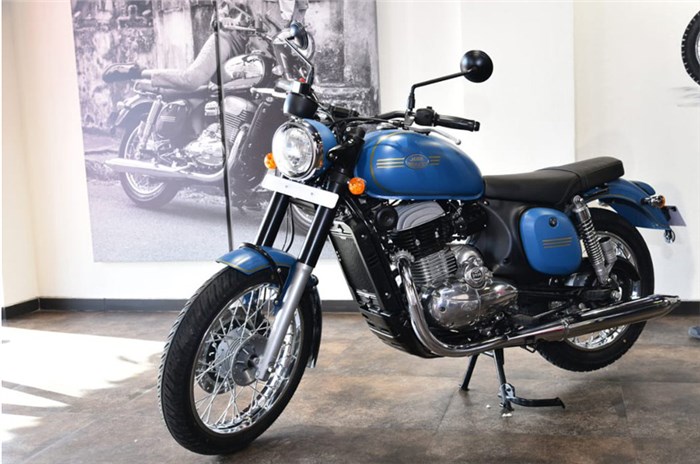 Dealerships set to open in Tirupati, Hubli, Jamshedpur and Tinsukia, this week.

Operations appear to be in full swing at Jawa, with the companyrecently starting deliveriesfrom multiple dealerships across the country. At the launch of the company, Jawa had revealed an ambitious target of over 100 dealerships to be set up in a few months. And it has managed to achieve that target with the company announcing via a tweet that the 100th showroom will be opening later this week.

The tweet revealed that dealerships will be opening in Tirupati, Hubli, Jamshedpur and Tinsukia, taking the total number of dealerships past the 100 mark. Jawa has managed to do this in a span of four months with its first showroom opening in Pune, back in mid-December.

Currently, two Jawa motorcycles are on sale – the Jawa and Forty Two. Both motorcycles are powered by the same 293cc, liquid-cooled, single-cylinder, DOHC engine that produces 27hp and 28Nm of peak torque. Recently, the company also revealed anARAI-certified fuel-efficiency figure of 37.5kpl.