The trademarks for ‘Indian Pursuit’ and ‘ Indian Guardian’ have been filed in the US and could be for police motorcycles. 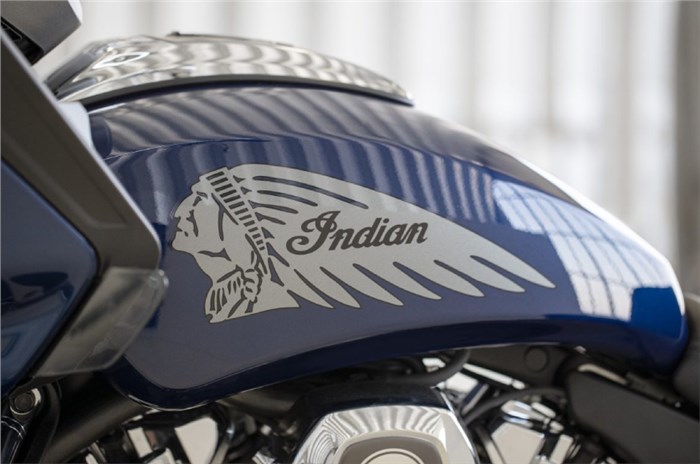 Indian Motorcycle has filed trademark applications for two potential model names – 'Indian Pursuit’ and ‘Indian Guardian’ – with the United States Patent and Trademark Office (USPTO). The trademarks have been registered for use on “Motorcycles and structural parts therefore”. Like most trademark applications, there isn't anything else revealed on what the names will be used for.

However, the source article has speculated on what the names could be used for. The Indian Pursuit and Guardian are both law enforcement-related monikers and the source claims that they could be the names of motorcycles that will be supplied to the police. While this is merely speculation, it does make sense considering Indian’s parent company, Polaris, does have a law enforcement and military division that makes specially prepared UTVs. As manufacturers like Honda, BMW and Harley-Davidson provide motorcycles to law enforcement personnel in countries across the world, Indian joining this list isn't all that unlikely.

Typically, these vehicles are modified versions of commercial models. Hence, we could bikes from the Bagger or Cruiser line, like the Chief Vintage or the Challenger, be rebadged for police use.

On the other hand, we can’t completely rule out the possibility that these trademarked names will find their way onto motorcycles for the general public as well. Perhaps a new motorcycle featuring the 1,768cc PowerPlus engine – Indian’s most powerful engine to-date – that currently powers the new Challenger.

At the moment, there is no indication on when we can expect these new models, or even if they will come into existence at all. Over a year ago, Indian trademarked the ‘Renegade’ and ‘Raven’, but neither has made it to a production motorcycle yet. Naturally, any plans to do so may also have been delayed owing to the coronavirus pandemic.

Up to Rs 6.7 lakh off on Indian Motorcycles

Harley-Davidson to “Rewire” its business strategy