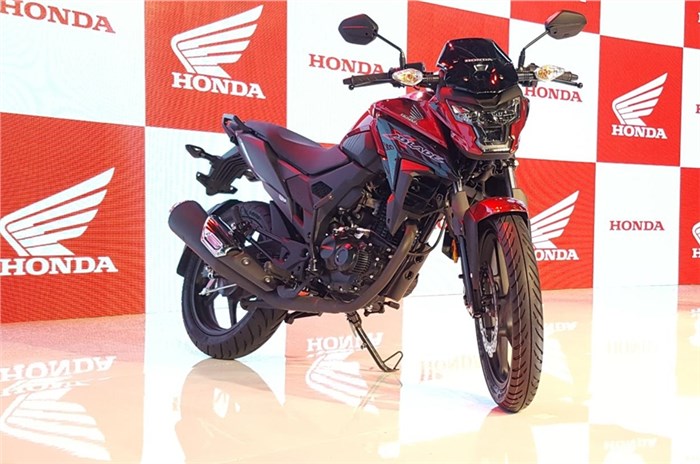 Honda Motorcycle & Scooter India Pvt. Ltd. (HMSI) has revealed its plans for the financial year 2018-2019. This comes soon after the Japanese two-wheeler giant announced that it sold 61,23,886 units last year, witnessing a hike of 22 percent in sales. HMSI expects double-digit growth this financial year as well and has set aside an investment of close to Rs 800 crore towards this.

The company also announced that it will be upgrading its entire locally manufactured portfolio, which consists of 18 two-wheelers. Some of these, such as the updated Hornet, CBR250R, Activa 5G, CB Shine SP, Dream Yuga and Livo, have already been released. More interestingly, Honda has also confirmed the launch of a brand-new product this year, but hasn’t revealed any further details. What we know for now is that this product will be launched by end 2018 or early 2019.

Running parallel to this, Honda is hard at work making its portfolio ready for the upcoming BS-VI emission norms which will come into effect in 2020. It has also commenced modernisation and unification of its production plant for BS-VI norms and has also chalked out a roadmap with its supplier and vendors for upgradation.

Commenting on the announcement, Minoru Kato, President and CEO - Honda Motorcycle and Scooter India Pvt. Ltd., said, “India is already the number one contributor to Honda’s global two-wheeler business. Our record sales have set a solid foundation in 2017-18 and Honda 2wheelers India will further consolidate its position in 2018-19 as we get ready to lead the biggest paradigm shift of 2020. Moving ahead with the same momentum on back of customer demand, we aim for double-digit growth for the third consecutive year in a row as well.”

To drive its growth, Honda also plans to expand its dealership network to over 6,000 showrooms across the country, with a special focus on rural markets. It also wants to expand its pre-owned two-wheeler business by increasing the Honda Best Deal network to 250 touch points. According to Honda, the replacement period for two-wheelers has reduced from 5-7 years to 3-5 years and it will be starting the Honda Joy Club, which will be a customer loyalty program offering benefits to customers upgrading within the Honda family.

HMSI has also created a new Brand and Communication operation for promotion of road safety and motorsports. More details regarding the above two initiatives are expected soon.