Honda has submitted an application to the Delhi High Court claiming that Hero Electric has infringed on one of its registered designs. 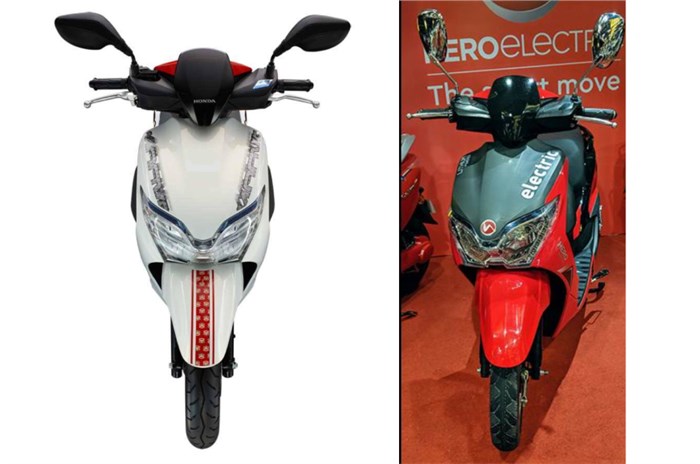 Honda Motor Co. has approached the Delhi High Court accusing Hero Electric of imitating one of its scooter’s designs. The application seeks the restriction of manufacturing, selling or advertising the Hero Electric Dash.

Which scooter does Honda claim the Dash resembles?

In its application, Honda has alleged that Hero Electric is “infringing” the “registered design” of its Moove scooter, particularly the rear cover and front and rear lights. The Moove isn’t on sale in India, but it was on sale in certain Asian markets – like Thailand – up until 2017. In its application, Honda has also submitted the design registration numbers for the aforementioned parts, with a registration date of  December 24, 2014; that’s quite a while before the Hero Electric Dash came into existence.

Has Hero Electric responded to the allegations?

Following the initial application, the Delhi High Court conducted a hearing through video conferencing on May 29. It was declared that the defendant, Hero Electric, will be allowed to submit a response on June 2. However, the hearing has since been postponed and is scheduled to take place on June 11.

Hero Electric claims that it is at the forefront of electric mobility in India, and with over 500 touchpoints across the country, it certainly is the most established. It is no secret that Hero Electric (which has no connection to Hero MotoCorp) does not fully design and develop its own products, and the company sources them from external international vendors instead. However, this is the first time a major manufacturer has sued it with respect to one of its designs.

This is the second piece of news in a week's time of a big manufacturer taking on an alleged copycat. Last week, Piaggio announced victory over a Chinese copy of the Vespa Primavera; the Chinese company subsequently lost its design trademark in Europe. More recently, we also reported on how the upcoming Okinawa Oki100 appears to be nearly identical to a Chinese EV called the ZX-Monster. This product's resemblance to the Ducati Monster is clear, right up to the name. How Ducati chooses to respond will be interesting to see.