The Bluetooth connectivity system was previously compatible only with Android smartphones. 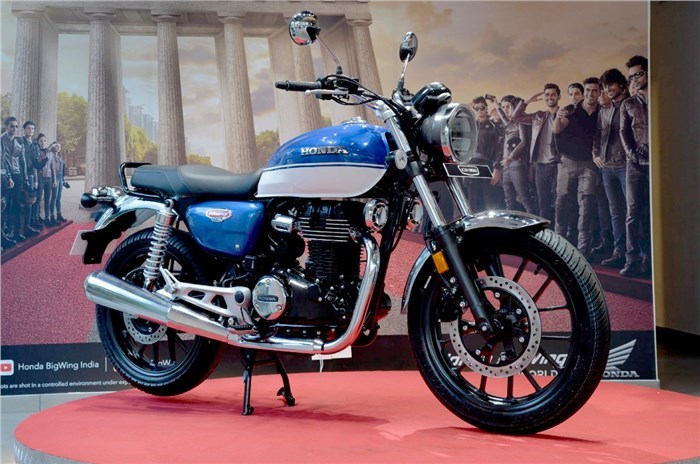 The Honda H'ness CB350's Honda Smartphone Voice Command (HSVC) system is now compatible with iOS devices too. The system, which connects to a smartphone using Bluetooth connectivity, was previously compatible only with Android smartphones.

The HSVC system displays information such as messages, calls and navigation, and is only available on the Honda H'ness CB350 DLX Pro and the Anniversary edition variants.

Besides this update, the bike remains the mechanically unchanged and gets the same 21.1hp, 30Nm, 348.36cc, air-cooled, single-cylinder engine.

In terms of competition, the H'ness CB350 goes up against the Royal Enfield Classic 350 and the Benelli Imperiale 400.