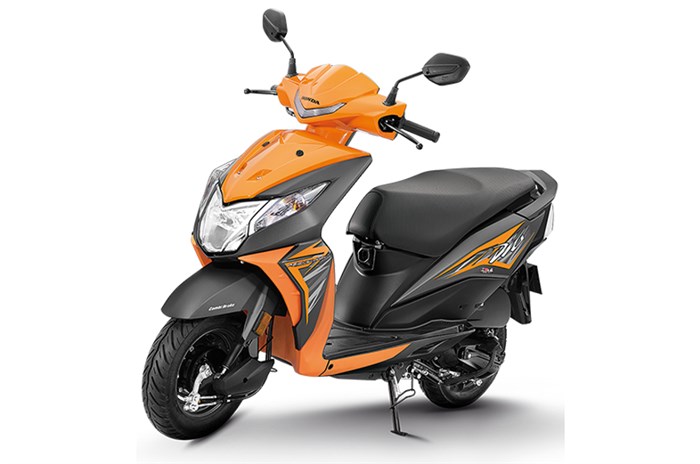 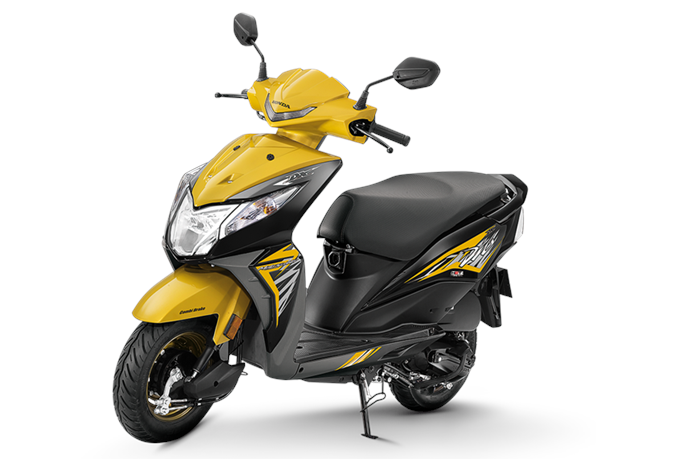 Honda has launched the new 2018 Dio at Rs 51,292 (ex-showroom, Delhi) for the base variant. The Dio will also be now available in a new Deluxe variant that carries a premium of Rs 2,000 over the base variant and sits at the top of the line-up.

The scooter gets equipped with features like LED headlight, front hook, retractable rear hook, four-in-one ignition, and a separate switch to open the seat. The Deluxe variant, in addition, sports a fully digital instrument console with a three-step eco speed indicator, as seen on the Honda Grazia, and a service-due indicator.

Also, for the first time, the Dio gets an optional mobile charging point under the seat. Styling of both the variant is similar, but the deluxe gets gold-finished rims.

Mechanically, the 2018 Dio remains identical to the older model and is powered by the Activa 5G-sourced 110cc, air-cooled motor delivering 7.8hp and 8.9Nm of peak torque. Braking is handled by 130mm drum units on both ends and it also gets a combined brake system (CBS). The Honda Dio has always been a popular scooter among youngsters and the additional features will hike its appeal even further. The Honda Dio Deluxe competes against the likes of the Yamaha Ray ZR, Hero Maestro Edge, Suzuki Lets and the TVS Wego.