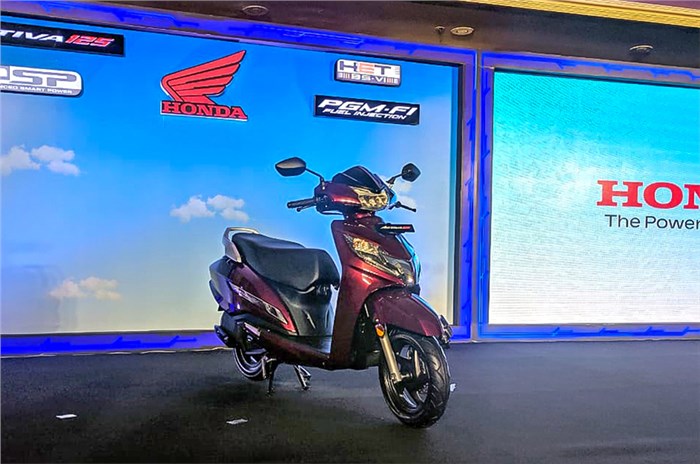 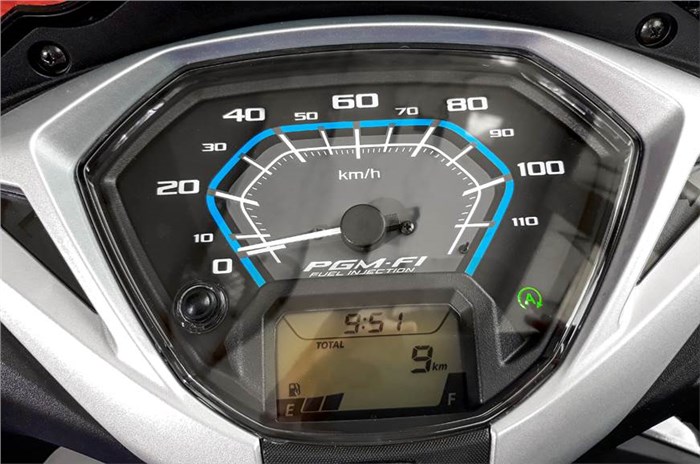 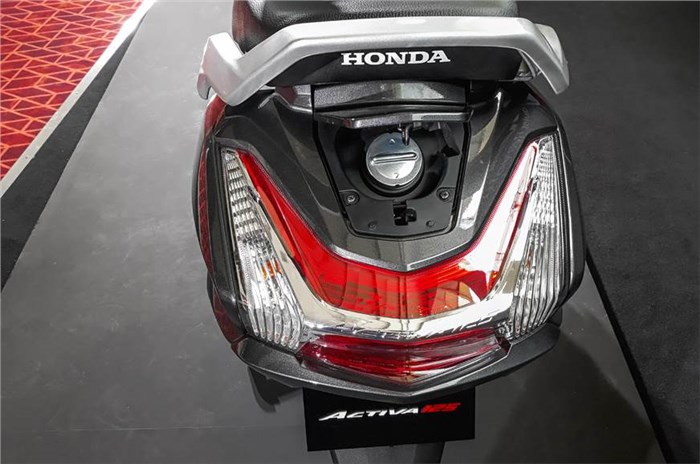 Honda has said that the BS6-compliant version of the all-new Activa 125 FI has been developed with as many as 26 new patent applications. While it still uses a 125cc motor, it now makes slightly less power – 8.1hp at 6,500rpm, instead of 8.52hp at 6,500rpm on the outgoing model. The Activa 125 now features the company’s PGM-FI (Programmed Fuel Injection) and Honda’s Enhanced Smart Power (eSP) technology that the company claims “optimises energy output by maximising efficient combustion.” Honda has also made changes to the inlet port shape and has even made the combustion chamber on the scooter more compact. The company claims a 13 percent increase in fuel efficiency as well, compared to the BS4-compliant Activa 125.

The BS6 Activa 125 model may share the same overall design as the BS4 unit, but it has undergone a few cosmetic changes. The headlight has been restyled to look sharper, as has the entire section around it. The visor is no more flat and looks a lot sharper too. Honda has also redesigned the apron, slightly. Another new design element is the chrome trim piece on the side panels. The tail-light also gets the chrome treatment, but the unit itself looks identical to the one on the BS4 model. Like the BS4 version, most of the bodywork continues to be made out of metal.

Honda has also used this opportunity to add multiple new features to its flagship scooter. The new 125 gets a ‘noiseless’ starter system – it does this by using an AC generator (or alternator) to start the scooter and not a conventional stator, which makes the gear meshing noise. An idle start-stop system has also made it to the new Activa 125. It was previously missing an external fuel-filler cap, a pass-light switch and a front glove box, all of which too, have been added. Another noteworthy feature is the addition of a side-stand-down indicator with an engine inhibitor, which prevents the motor from starting while the side stand is down.

The addition of the fuel-injection system has also brought an ECU into the scooter, which, in turn, gives access to more information about the bike. Honda has made use of this and added segment-first real-time fuel-efficiency and distance-to-empty display to the instrument cluster.

The new Activa 125 will be available in three variants – Standard, Alloy and Deluxe. The Standard is priced at Rs 67,490, while Alloy and Deluxe cost Rs 70,990 and Rs 74,490, respectively. This means the base variant of the BS6 Activa 125 is an additional Rs 2,478 over the top-spec disc variant of the current model that currently retails at Rs 65,012 (all prices, ex-showroom, Delhi). A base price tag of Rs 67,490 seems quite high, but a similar hike is expected across all 125cc scooters when they undergo the switch to BS6. On the plus side, the new Activa 125 comes with a three-year warranty that can be extended by an additional three years. The company also revealed that mass-production of the scooter has already begun and that deliveries will start on September 28.

Interestingly, Hero announced its first BS6 motorcycle, the Hero Splendor iSmart, just two days before Honda, making it the country's first two-wheeler manufacturer to reveal a BS6 model in the Indian market. However, the new Honda Activa 125 does hold of the title of 'India's first BS6-compliant scooter.' That said, these are only the first of many new products to comply with the BS6 emission norms before they are implemented from April 1, 2020.