The HF Dawn aims to reduce the need for public transport. 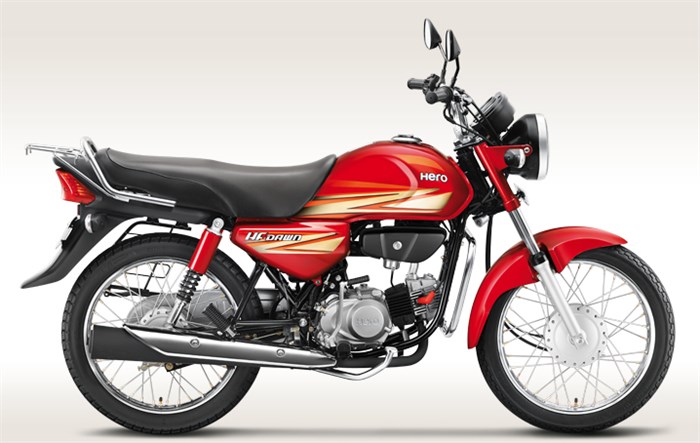 Hero MotoCorp, the world’s largest manufacturer of two-wheelers, has just launched a new version of its entry level commuter, the HF Dawn. Hero has introduced this product trying to eliminate the need for public transport. The HF Dawn also gets a metal carrier securely fastened just behind the pillion seat, enabling luggage carrying capability. The HF Dawn offers an upright riding position and an elongated saddle for comfort, a commuter necessity. Hero also provides a useful side-stand engaged indicator on the Dawn’s console.

The bike has telescopic forks upfront and dual shocks at rear, mated to drum brakes at both ends. The motorcycle weighs just 109kg and has a fuel-tank capacity of 10.5 litres.

The HF Dawn is available in silver, red, maroon, black with purple and also, black with red paint schemes.