Here’s what Hero’s upcoming electric scooter will look like 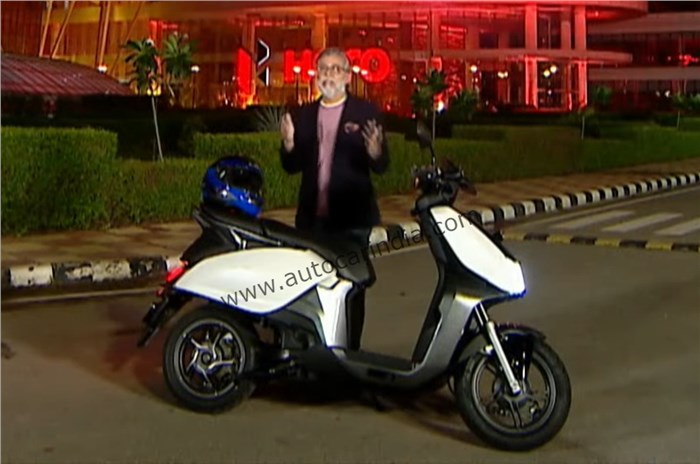 Hero MotoCorp has multiple electric two-wheelers in the works.

The upcoming electric scooter that appears to be near production-ready was teased during the company’s 10th anniversary celebration livestream. While the company refrained from letting out any details about the product, the teaser does give us an idea of what can be expected. Firstly, the scooter appears to be equipped with a 12-inch wheel at the front and a 10-inch unit at the rear.

The rear wheel also doesn’t appear to have a hub-mounted motor. Interestingly, it’s also equipped with a single-sided swingarm, similar to the Bajaj Chetak. This is unlike the conventional double-sided ones found on Gogoro’s offerings in Taiwan. Hero’s electric scooter also doesn’t share any major styling elements with the Gogoro electric scooters, and it appears as if this is in fact an indigenous Hero MotoCorp product. Other neat design elements include the flyscreen, curvy bodywork and lengthy split-seat.

Dr. Munjal also said this upcoming electric scooter will be revealed soon. He further added that the company is working on multiple other products, including ones with the battery swapping tech from Gogoro, something that was revealed when Hero first announced its partnership with the Taiwanese company in April 2021. We believe the scooter in the image above is one of Hero’s fast charging offerings.

To read more about Hero MotoCorp’s plans to enter both the fast charging and battery swapping spaces, click here.