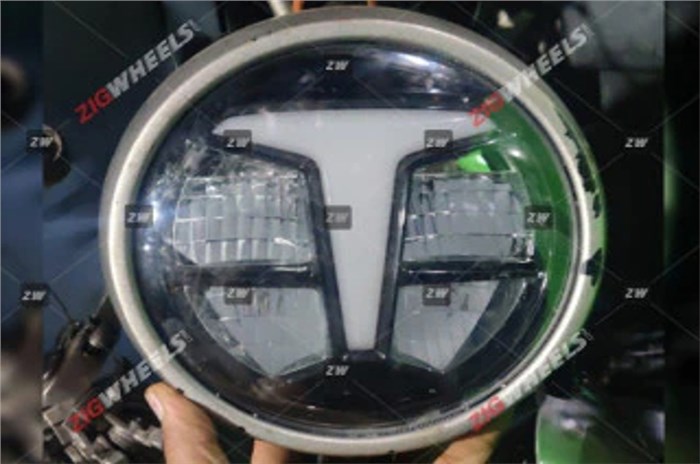 An image has surfaced online of what appears to be the headlight unit of the upcoming TVS motorcycle. The T-shaped LED DRL in the centre of the headlight bears a close resemblance to the ‘T’ design that was on TVS' invite for the launch event of a new motorcycle.

There are chances that this could be the headlight of the Zeppelin cruiser, which has been in the works for some time. TVS showcased the Zeppelin concept at the 2018 Auto Expo and even trademarked the ‘Zeppelin R’ name in 2020. However, the concept featured a rectangular headlight as opposed to the circular unit that has been now spotted.

The upcoming motorcycle could also take the form of a neo-retro-styled Yamaha FZ-X rival, which has been spotted testing recently. Moreover, TVS has trademarked other names like Retron and Ronin, one of which might just be what the new motorcycle is called.

TVS is working on the street naked version of the Apache RR 310 as well, but we expect that bike to receive a sportier design, and it’s unlikely that this round headlight belongs to that machine.

For now, it remains anyone’s guess as to what form or name TVS’ new motorcycle takes. However, as we inch closer to the July 6 launch date, expect more details to filter through. 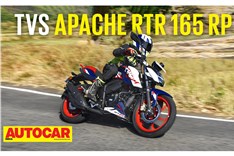 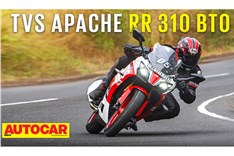