The LiveWire produces a decent 105hp and 116Nm, but Harley won’t be launching the motorcycle in India anytime soon. 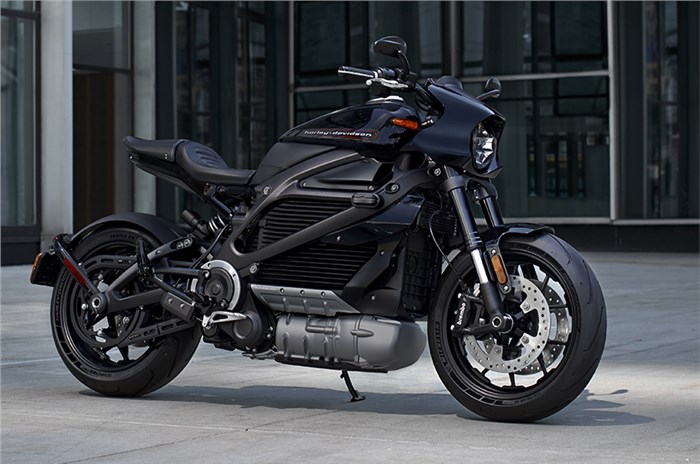 Earlier this year, Harley-Davidson announced the pricing and pre-order availability for the LiveWire – its first electric production motorcycle – and at $29,799 (about Rs 21 lakh), it’s an expensive motorcycle; more expensive than Harley's entire Touring range. Nevertheless, at the international press ride in Oregon, USA, the American motorcycle manufacturer revealed the LiveWire’s specifications. Does it have enough on offer to warrant the price tag?

Firstly, the electric Harley is tamer than expected and produces 105hp and 116Nm of torque – good enough to propel the bike to a 100kph in 3sec. That said, the top-of-the-line Zero SR/F Premium costs $8,800 (about Rs 6 lakh) less and produces 110hp and a substantially higher 190Nm of torque. Harley's own 1,800cc V-twin Milwaukee Eight manages 163Nm.

Harley-Davidson has named its IPMSM (Internal Permanent Magnet Synchronous Motor) the ‘Revelation’ and we could see it being used in other models in the future, just like the Milwaukee Eight finds itself on multiple V-twin Harleys.

Now, to some more important aspects of the electric motorcycle – the battery and range. Harley has equipped the LiveWire with an RESS (Rechargeable Energy Storage System). That is, essentially, a battery system more commonly seen on hybrid electric vehicles; and on this motorcycle has a 15.5 kWh capacity (of which 13.6kWh is usable). It reached full charge at a snail's pace from a conventional AC wall socket – 12.5hr to be precise. However, Harley claims that the DC fast-charging option can do it in just an hour. On a full charge, the LiveWire is supposedly capable of 235km in the city, 113 km on the highway and had a combined efficiency of 152km. That's decent, at best, and not particularly impressive.

The LiveWire also gets some high-end hardware like the Showa SFF-BP (Separate Function Forks – Big Piston) fully adjustable USD fork. The fully adjustable rear monoshock, also by Showa, is a BFRC-lite (Balance Free Rear Cushion Lite) unit. The suspension gets 115mm of travel at either end. Meanwhile, braking is taken care of by a 300mm disc at the front a 260mm disc at the rear. It is also capable of regenerative braking and a drag torque-slip control system (a system integrated with the traction control) ensures that the rear tyre remains in contact with the road surface under braking.

The LiveWire comes shod with Michelin Scorcher tyres sized 120/70 ZR17 at the front and 180/55 ZR17 at the rear. Electric motorcycles don’t come light and the LiveWire is no exception. At 249kg, it weighs as much as most large ADVs which are substantially larger in size. However, by Harley standards, this is indeed a light motorcycle.

A 4.3-inch TFT display is also part of the LiveWire’s package and is capable of integrated Bluetooth connectivity to a smartphone so as to provide infotainment features including turn-by-turn navigation, telephone, music, and voice recognition. The system is also capable of helping you locate the motorcycle, the nearest charge station, geo-fencing and displaying battery and bike statistics. Other electronic aids come in the form of a 6-axis IMU-assisted ABS and traction-control system, and seven rider modes – Sport, Road, Rain, Range, and three custom modes.

The Harley-Davidson LiveWire is an indication of the massive shift in the industry to electric motorcycles, and it’s certainly worth noting, considering that it’s coming from a manufacturer that has such a rich history, with its petrol-powered thumping V-twins. That said, it will be a while until the effects of this shift are felt here in India, as the brand have said it won’t be launching the LiveWire in the country anytime soon. However, this is just the first of many and we can expect to see more electric Harleys with lower performance (and a lower price tag to match) debuting in the next year or two.

Harley-Davidson ties up with Zhejiang Qianjiang to make 338cc motorcycle