In an interview with us, Yamaha India Chairperson Eishin Chihana said the company is trying to bring in small shipments of the two bikes before the end of this year. 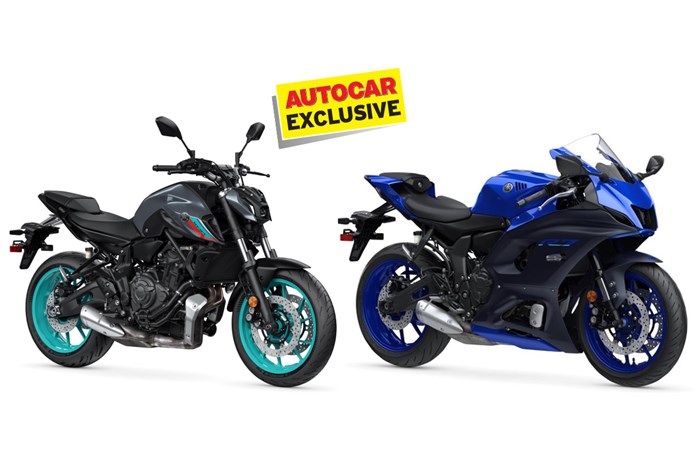 Yamaha is working to launch the YZF-R7 and MT-07 twin-cylinder motorcycles in India before the end of the year, chairman of Yamaha Motor India Group, Eishin Chihana, told us in a recent interview.

If it is successful, Yamaha will be able to bring in small shipments of the two bikes as CBUs. But if it isn’t, then we might have to wait till 2024 to see these motorcycles on our roads.

Chihana said, “Big bikes like the MT-07 or R7, we are trying to bring in some batches. Not big quantities, but enough to satisfy our top-range customers. If we can import within this year, we can avoid the OBD-2 regulations.”

While the MT-07 and R7 are both Euro5/BS6-compliant, the Indian government has mandated that all vehicles sold after April 1, 2023 must feature OBD-2 on-board diagnostic technology. This is one year earlier than Europe’s OBD-2 mandate, which is scheduled for 2024. Therefore, the Yamahas don’t currently feature the technology, and it’s highly unlikely that Yamaha will equip the bikes with OBD-2 a year earlier than necessary just for the Indian market

Yamaha, and the Society of Indian Automobile Manufacturers (SIAM) as a whole, is appealing to the government to delay the OBD-2 mandate and bring it in-line with Europe, but our sources tell us that the government is unlikely to budge on this matter.

In their current form, the bikes can be imported and sold up until March 31, 2023, and Yamaha is hoping to make that happen. But it isn’t as simple as merely flying in the bikes; the company wants to ensure that it is also able to support any potential customers with service and genuine spares, which is what it is currently working to tackle.

As for the other very popular model built on this 700cc platform – the Tenere 700 – it doesn’t look like it will launch in India anytime soon. Because while the MT-07 and R7 are built at Yamaha’s factory in Japan, the Tenere 700 is produced in France, and that factory is currently facing some supply issues, meaning that there are no units to spare.

That being said, Yamaha is also looking at the possibility of bringing in the triple-cylinder MT-09 that was previously briefly on sale in India, albeit in smaller numbers than the 700cc models. However, the 07 models remain the priority.

The MT-07 and the MT-09 are street naked models, and essentially larger, more powerful and better equipped equivalents to the MT-15 that we get here in India. The former is powered by a 689cc parallel-twin, while the latter gets an 890cc inline-triple cylinder engine.

If Yamaha is able to launch these bikes this year, it is unlikely that they will be able to compete with the Kawasakis on price as they will be coming in as CBU imports. They will possibly be positioned closer to the more powerful, more expensive four-cylinder Hondas, unless Yamaha is able to pull a surprise move with aggressive pricing.