New images of what appears to be the production-ready Storm 125 reveal significant details. 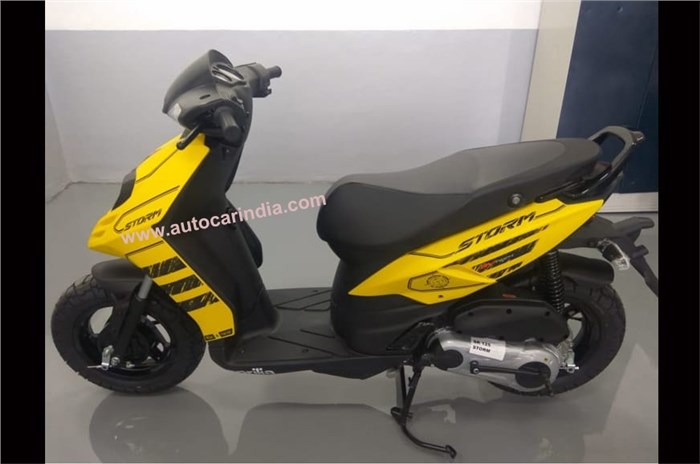 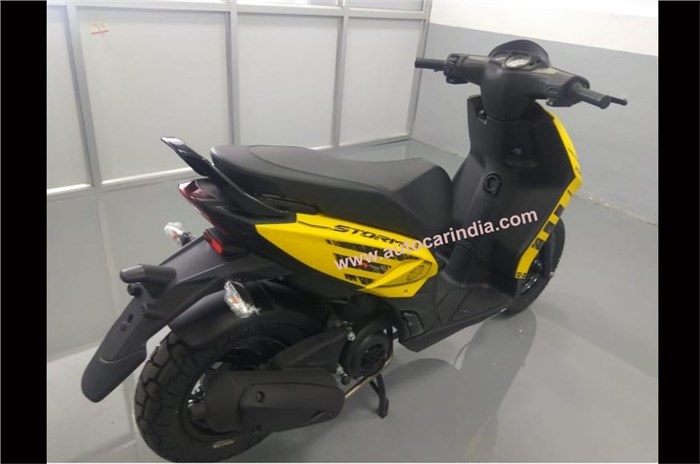 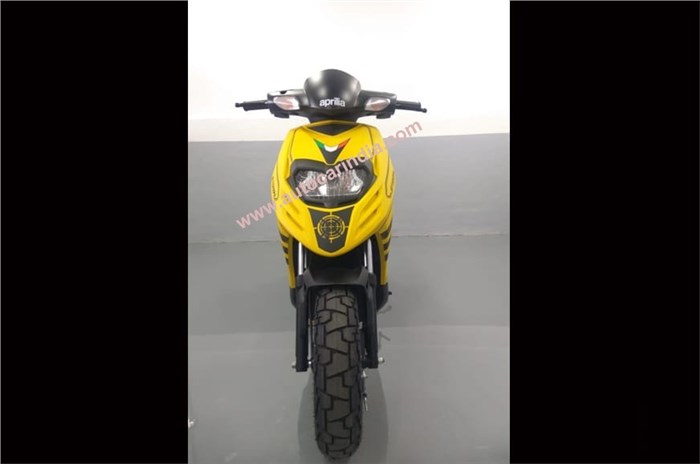 Piaggio dealers across the country have given us conflicting information about the upcoming Aprilia Storm 125’s specs. However, a few have confirmed that there will be a drum brake-equipped model and that is the one you can see pictured above. But many dealers have also told us that the Storm 125 will come equipped with a front disc brake and alloy wheel setup, similar to the model shown to us at the 2018 Auto Expo.

While the certainty of there being two variants remains unsure, the arrival of the drum brake model is imminent. While this drum brake-equipped Storm 125 is set to become the most affordable model, it will also be the least equipped scooter we will see from Aprilia in India.

The Storm 125 appears to be sitting on 12-inch wheels that look like the 10-inch ones seen on Vespa models in India. These wheels are paired to drum brakes that will feature CBS. There are also other small changes, like a unique grab handle that was missing earlier, which is positioned a lot higher than the ones seen on the SRs. Another change is that Aprilia logos are now white and not red, like we saw on the yellow scooter at the 2018 Auto Expo and the leaked advert.

While Aprilia has made many changes, almost certainly in order to cut costs, it hasn’t swapped out the Vee rubber off-road-oriented tyres for conventional units. These tyres are expected to be the same ones we saw at the Expo, measuring 120/80 at the front and 130/80 at the rear. In comparison, the SR sports 120/70 section rubber at both the ends and recently switched from Vee Rubber to MRF Nylogrip Zappers.

The Aprilia Storm 125 is expected to be available in three colour schemes – red, yellow and black. All three of which will most likely have a matte finish. As can be seen from the images, Aprilia is not exaggerating when it says the Storm will feature bold graphics.

Everything else however, is expected to be identical to the SR 125, including the instrument cluster, bodywork and lights. The engine, too, is expected to be the same air-cooled, three-valve, single-cylinder unit seen on the SR 125. On the SR, it produces 9.5hp at 7,250rpm and 9.8Nm of torque at 6,250rpm. While we could see the company slightly retune the powertrain setup to account for the different application, power figures will remain very similar, if not the same.

The conflicting information from dealers has also raised the question regarding the pricing of the scooter. It remains to be seen whether it is the drum brake model or the disc brake model (if it’s coming) that will be the one priced at Rs 65,000 (ex-showroom, India). If it’s the former, Aprilia will really have a hard time justifying the scooter’s value when compared to similarly priced rivals, like the TVS Ntorq 125. 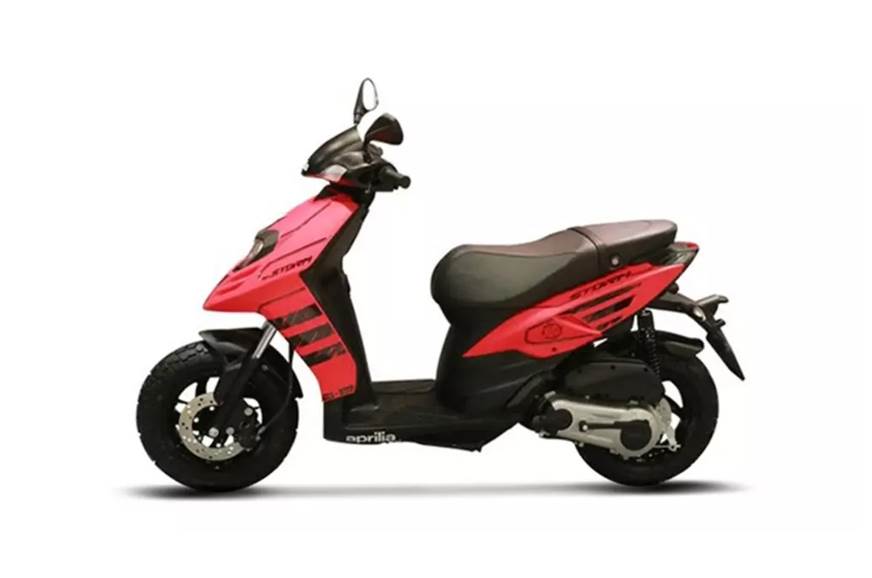 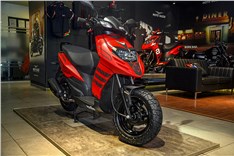