Stuart Garner has been asked to repay upwards of GBP 11m (Rs 103 crore) to investors after being charged guilty in three fraudulent pension schemes he ran. 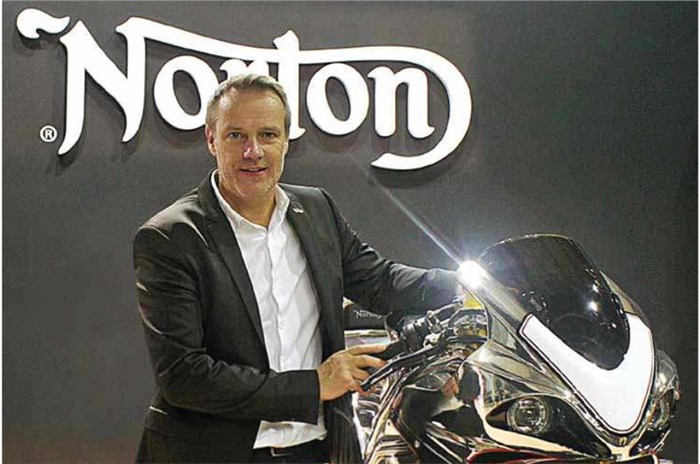 Earlier this year, Norton Motorcycle was pulled out of murky waters when it was acquired by TVS Motor. However, the former owner of the British company has landed himself in trouble. Stuart Garner has been ordered by the Pensions Ombudsman to pay back millions to investors. While the exact amount has not been revealed, it is rumoured to be at least GBP 11 million (about Rs 103 crore). The Pensions Ombudsman is the official ombudsman institution responsible for investigating complaints regarding pensions in the United Kingdom. It acted based on multiple complaints with regards to three pension schemes that Garner had set up.

Where did it all begin?

Back in 2012, Stuart Garner established three pension schemes - the Commando 2012 Pension Scheme, Donington MC Pension Scheme, and Dominator 2012 Pension Scheme. Members were incentivised to transfer their pension funds from other pension arrangements into these respective schemes, and Garner invested the entire funds under these schemes into share capital in Norton Motorcycle.

The Pension Schemes Act requires trustees to transfer pensions within six months of an application, however, Garner, as sole trustee of the schemes failed to do so. Investors raised complaints and the matter was looked into by the Pensions Ombudsman, eventually ruling that he acted “dishonestly”.

This isn’t the first time these schemes have come under scrutiny. In 2018, Simon Colfer, one of the promoters of the schemes was convicted of fraud.

The ombudsman’s determination stated, “The trustee [Garner] has acted dishonestly and in breach of his duty of no conflict, his duty not to profit and his duty to act with prudence. The investments made by [Garner into Norton] on behalf of each of the schemes were made in breach of the trustee’s statutory, investment and trust law duties.”

The ruling also ordered Garner to make a “restorative payment” to all the scheme members, which is rumoured to be upwards of GBP 11 million and as high as GBP 14 million (about Rs 130 crore).