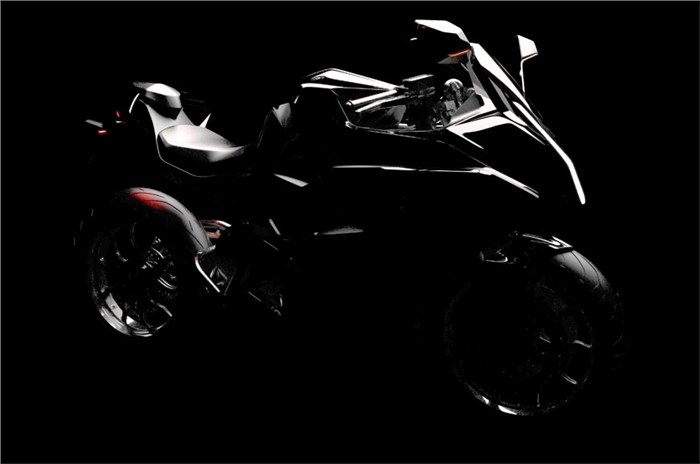 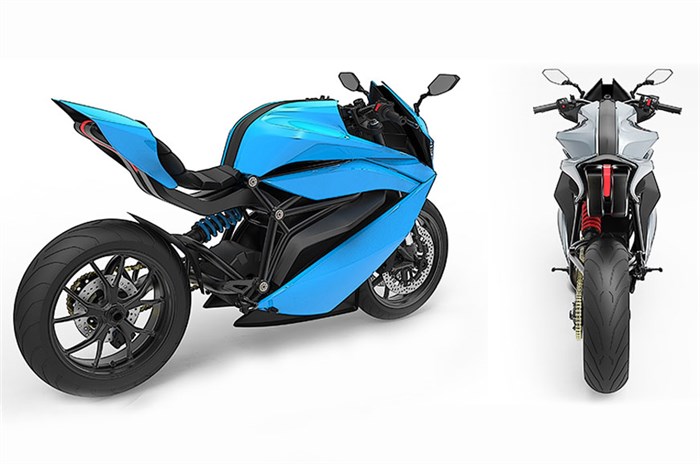 A number of EV start-ups have emerged, over the years; the more famous ones being Tork Electric and Ather Energy. Emflux is another such company based in Bengaluru and formed by three individuals – Varun Mittal, Ankit Khatry and Vinay Raj Somashekhar. While other EV start-ups are targeting the more accessible side of the market, Emflux is targeting a more premium customer. Its first concept showed off in early 2017 suggests an electric sports bike with some big claims, in terms of performance.

WILL IT BE FAST?
Emflux claims its sportsbike (presently called the Concept One) will accelerate from 0-100kph in 3sec flat and hit a top speed of 200kph. The latter is impressive, in its own right but acceleration figures like that are currently only offered by powerful superbikes. Emflux claims to achieve this performance with the use of a liquid-cooled AC Induction motor that quotes peak power and torque figures of 68hp and 84Nm, respectively. That’s roughly the same power as a Ninja 650 while the torque is higher than the likes of a Triumph Tiger 800.

...AND PRACTICAL?
The claimed range for the Concept One is a lofty 200km on a single charge. The battery pack itself is air-cooled and features battery cells by Samsung. Quick charging is available with a 0-80 percent charge completing in 36 minutes while a standard wall charger can do the job in three hours, which is not much slower than the time some smartphones take to fully charge, today.

WILL IT HANDLE?
Not much is known about the chassis, at this point but the production bike could get a trellis frame. High-tech components like a single-sided swingarm, Brembo brakes and dual channel ABS by Continental will be standard; but Emflux will also be offering Ohlins suspension as an option. This could hint at two bikes being launched at the Expo – a base model and a higher spec version.

COMES WITH TOYS?
The Concept One will offer a rich array of data to the rider via a 7” TFT display and will also feature GPS navigation, real-time vehicle diagnostics and auto updates. There’s also a mobile app in addition to bike-to-bike connectivity. There has been no mention of its traction control or any stability control systems, at this point.

HOW SOON CAN I BUY ONE?
The Concept One and its associated technologies have been under development since July 2016. Reports online suggest that the company is set to launch the bike at the 2018 Auto Expo in February – and this is partly correct. The company does intend to unveil their bike and also reveal a price but deliveries are only set to begin in the first quarter of 2019. This timeline is understandable, given that all manufacturers take a minimum of two and a half to three years to fully-develop a new product. We would expect the same time-frame (if not more) for a start-up.

IT CAN’T BE CHEAP – CAN IT?
Emflux suggests that this bike will be priced between Rs 5 and 6 lakh and it plans to sell a limited run of 199 units. We asked about sales and support plans and the company said that it intends to have dedicated experience centres in Bengaluru, Mumbai and New Delhi, and will also have customer ride experiences on an invite basis. Purchases can be made through the company’s website through digital payment methods. Service will be handled at the customer’s location and break-downs will be taken care of at the cost of the company, regardless of the location. A five-year, unlimited-kilometre warranty will also be offered and this will include the battery. Speaking of the battery, Emflux is guaranteeing at least 80 per cent of the original battery capacity, after five years.

REALITY CHECK
Emflux has come out guns blazing with some incredible claims – but having a product to show is only the start. The real test will come in seeing how the company will be able to carry out these claims and have a saleable formula by 2019. Many have failed at similar endeavours and yet, success stories like Tesla and Rimac prove that execution is possible too. We wish the company well and look forward to seeing more at the 2018 Auto Expo.