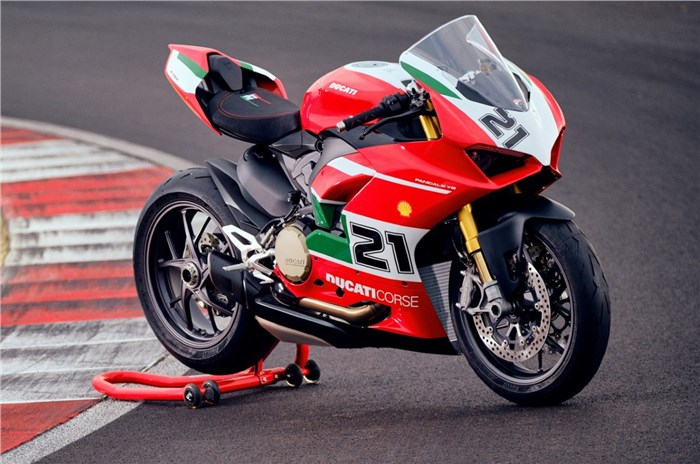 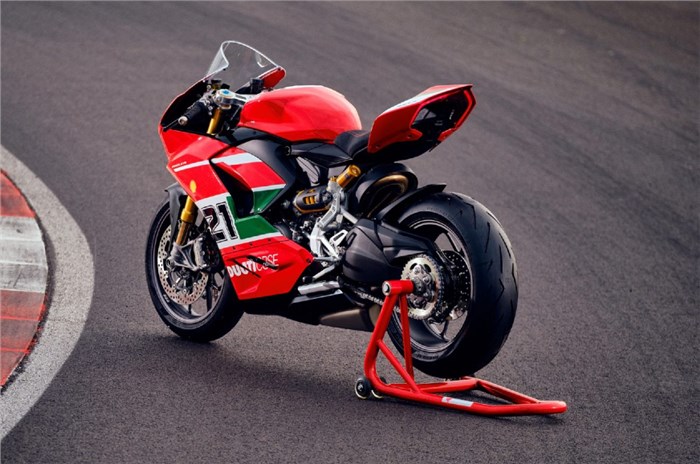 The bike has been unveiled in honour of superstar Ducati racer Troy Bayliss and it features mechanical updates.

Troy Bayliss is one of the most successful Ducati racers of all time. The Australian has three WSBK (Superbike World Championship) titles to his name, the third highest tally of WSBK wins in history (52) and holds the unique claim to being the only racer in history to have won a WSBK and MotoGP race in the same season.

Now 52, Bayliss hasn’t raced at a top tier competitive level for many years, but that hasn’t stopped Ducati from honouring their superstar rider with a special edition version of the Panigale V2. Named the Panigale V2 Bayliss 1st Championship 20th Anniversary edition, this bike is clearly in honor of the 20th year anniversary since Bayliss picked up his first world championship in 2001 on the 996 R.

Visually, the V2 has the same body work, but it gets some special livery, with the number 21 proudly plastered on the front and side, along with some splashes of red and white. However, things don’t stop with the snazzy stickers and Ducati has also given it some mechanical updates.

The 935cc L-twin engine remains unchanged and it continues to put out 155hp and 104Nm of torque. However, Ducati has ditched the existing bike’s Showa and Sachs front/rear suspension set-up in favour of higher end units from Ohlins - an NIX 30 fork and a TTX36 shock. The bike also gets a lithium-ion battery which helps reduce the kerb weight by 3kg, down to 197kg. Notably, the front brakes are still Brembo M4.32s.

The Bayliss Edition Panigale V2 has been priced at GBP 17,995 (approximately Rs 18.45 lakhs), which makes it about GBP 2,700 more than the standard V2, but GBP 2,300 less than the base Panigale V4. Ducati tends to bring a small number of its special edition Panigales to India, so we may see the Bayliss edition Panigale launched in India as well, based on customer demand. If so, expect the price to be around Rs 20 lakh, ex-showroom.