The air-cooled V-twin now meets Euro 5 (BS6) regulations making the same 86hp and 88Nm of torque as the current-spec models. 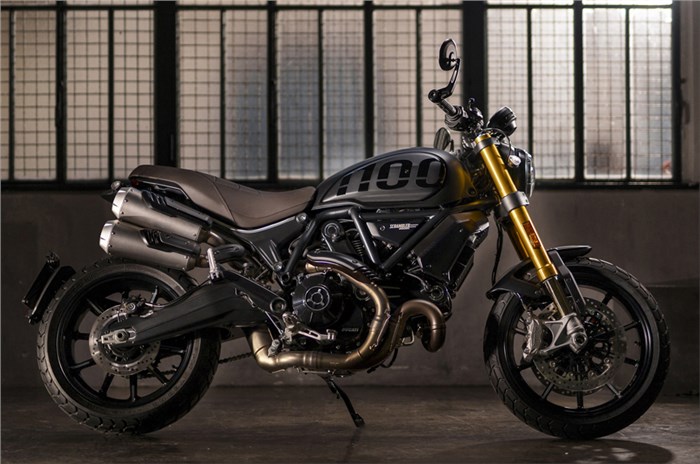 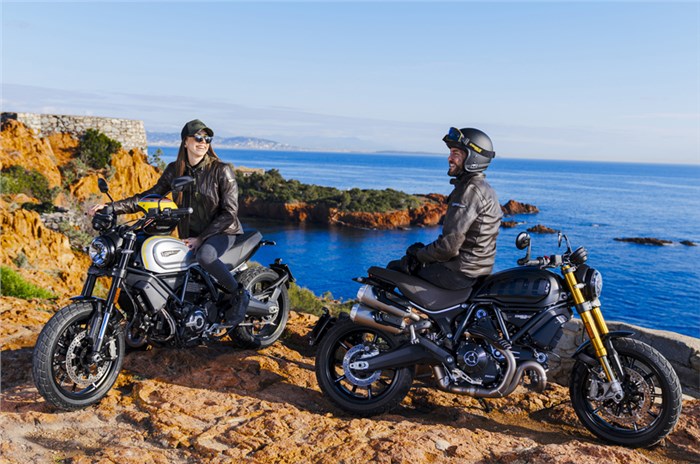 Ducati has revealed a Pro and a Sport Pro version of the Scrambler 1100. Both these new versions get mechanical and cosmetic changes. The Sport Pro also gets some premium hardware. The two new Scrambler 1100 models will begin reaching showrooms internationally in a couple of months, and potentially arrive in India a few months after.

The Scrambler 1100 Pro and Sport Pro gets a revised exhaust system that makes the motorcycles Euro 5 (BS6) compliant. The air-cooled, V-twin remains the same and continues to make 86hp and 88Nm of torque. The steel trellis frame also remains unchanged. The Sport Pro does however get lower handlebars and a premium Öhlins suspension. It also gets bar-end mirrors to suit its cafe-racer styling.

Other changes on both Pro models include an improved seat and a repositioned number plate holder that sits lower. The headlights on these bikes also have a black-coloured 'X' in it, which harks back to a trend where scrambler owners used tape over headlights while going racing. Both models also get new colour scheme and graphics.

Prices start at Rs 10.91 lakh for the base Scrambler 1100 in India and we expect these two models to cost quite a bit more. That said, these Pro models are still expected to cost considerably lower than the BMW R nineT Scrambler, priced at Rs 15.90 lakh.