Ducati Panigale V2 to launch in India by end-August

The Panigale V2 will end a five-month period where Ducati India had no new motorcycles to sell. 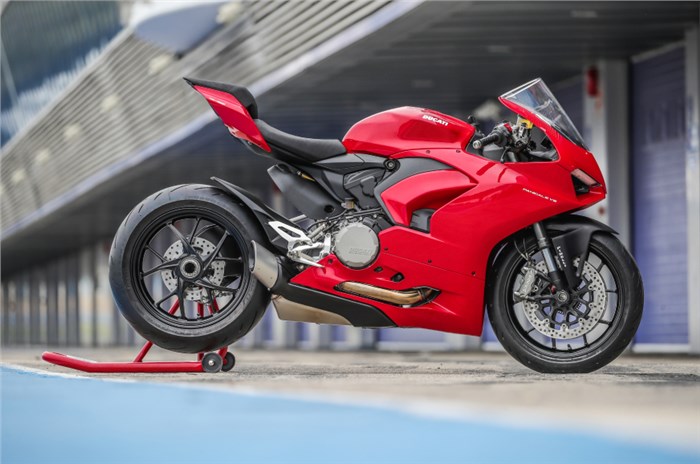 Ducati is among the few big bike manufacturers affected badly by the transition to BS6 emission norms on April 1, 2020. The Italian brand has had no BS6 motorcycles to sell in India since, and while the BS6-compliant Panigale V2 was expected to launch here by June-July, the pandemic further delayed those plans.

The company is now finally gearing up for the launch of its first BS6 product and has just opened bookings for the Panigale V2. The bike is expected to be officially launched in India by the end of August and deliveries will likely begin in September. However, these dates rely on there being no further pandemic-related complications.

Similar to almost every other Ducati sold in India, the Panigale V2 will come in as a CBU from the company’s manufacturing plant in Thailand. The exact number of bikes coming in is not certain at the moment, but we believe they will arrive in small lots, as Ducati India did with the Panigale V4.

We had the opportunity to ride the Panigale V2 at its international launch in Jerez earlier this year, and you can read all about it here. The V2 uses the same 955cc L-twin motor from the Panigale 959, albeit reworked to meet the stricter emissions norms, while also making an additional 5hp for a total of 155hp. The rest of the bike has taken a big jump forward – it now features a more comprehensive electronics package and a stunning design, both based on the original Panigale V4. Ducati has even given the V2 a single-sided swingarm, like its bigger brother’s, and all this is bound to drive up the cost. The Panigale 959 was priced at Rs 15.3 lakh (ex-showroom), and we believe that the Panigale V2 will be priced at Rs 16-16.5 lakh when it goes on sale next month.