The new Scrambler will be the second BS6 compliant Ducati to go on sale in India. 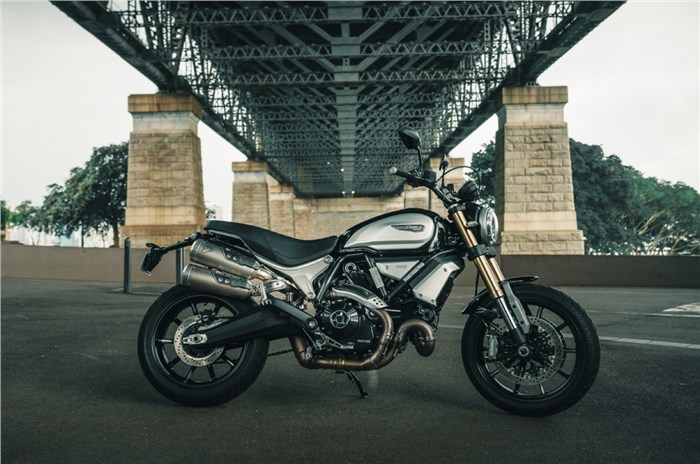 Ducati India has just released a teaser image of the new, Euro 5/BS6 compliant Scrambler on its social media platforms.

The new Scrambler will be the second BS6-compliant Ducati motorcycle to go on sale in India, the first being the Panigale V2, which was launched recently.

The image posted by Ducati only shows the Scrambler's headlamp, with the X-shaped motif that has become the identity of the Scrambler 800 and Scrambler 1100 range.

Both, the Ducati Scrambler 1100 variants are based on the same platform and share the same trellis frame and Euro 5/ BS6 compliant engine. The 1079cc, air-cooled, L-Twin makes 86hp at 7,500rpm and 88Nm at 4,750rpm. The new Scrambler Pros also get a revised exhaust system which also helps in meeting the emission norms.

In terms of styling and equipment both the Ducati Scrambler 1100 Pro models get an improved seat and a repositioned number plate holder that sits lower. The Sport Pro gets a special matte black paint as well.

The Sport Pro is also the higher spec model and is distinguished by its lower handlebars, with cafe racer style bar-end mirrors, and premium Öhlins suspension. The Scrambler 1100 Pro, on the other hand, gets a Marzocchi front fork and Kayaba monoshock.

In terms of safety, both motorcycles get Ducati Traction Control or DTC, Bosch cornering ABS and three riding modes- Active, Journey and City.

Prices of the BS4 Scrambler began at Rs 10.91 lakh for the base Scrambler 1100 in India and we expect these two models to cost more, when they go on sale in a few weeks. Stay tuned to know the prices as soon as the motorcycles are launched.