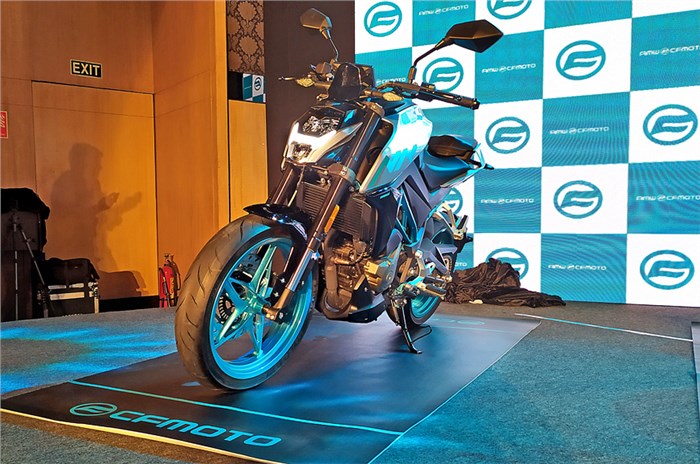 The 300NK is the first bike in its segment in India to feature riding modes.

Bengaluru-based AMW Motorcycles has just launched the CFMoto 300NK in India at Rs 2.29 lakh (prices are Introductory and ex-showroom, India). This is the brand’s entry-level offering and will be sold alongside the company’s 650 range of motorcycles in India. Online bookings for the bike will begin on August 5, 2019 and deliveries are expected to commence in October.

At first glance, the sport-naked CFMoto 300NK looks beefy, especially when you look at the large fuel tank. The side profile bears an uncanny resemblance to the KTM 250 Duke. Its exposed steel trellis frame contributes to the naked bike image and on the whole, the NK300 looks like a contemporary street-naked motorcycle.

Other highlights include a TFT display with Rain and Sport modes. We asked what the ride modes do, but the AMW officials weren't sure. We'll have to wait until we ride the bike to find out. The NK300 is uses a USD front fork and a monoshock for suspension duties.

All CFMoto models come with a standard warranty of 2 years, though customers can opt for the 5 years extended warranty as well. The company has seven dealerships so far and it has said Delhi and Pune are next in line. The dealership profiles are a mix of first time dealers and experienced two-wheeler dealerships.