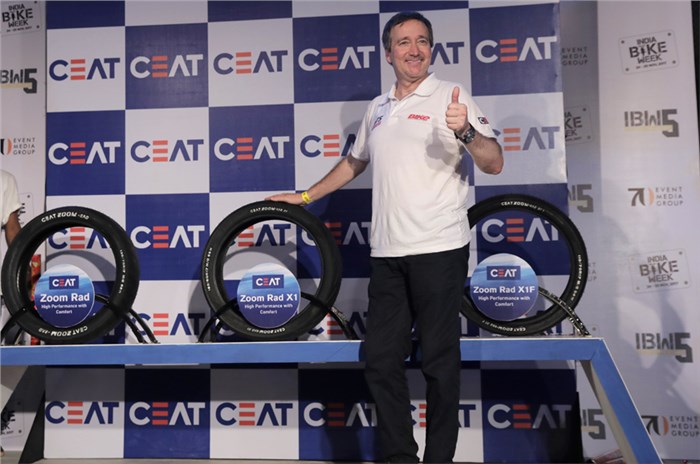 Unveiled by Freddie Spencer, these premium tyres are meant for 200-400cc sports bikes – like offerings from KTM, or the Bajaj Dominar 400.

Ceat has launched a new premium tyre at the recently concluded India Bike Week 2017, called the Zoom Rad X1. The tyre was unveiled by motorcycle racing legend Freddie Spencer and will cater to 200-400cc sports bikes, the likes of the KTM Duke and RC twins, Bajaj’s Dominar 400 and Yamaha’s YZF R15.

The Indian tyre manufacturer was prompted to introduce this new tyre due to the growing demand from younger audiences, high net worth individuals (HNIs) and the recent significant rise of this segment of motorcycles.