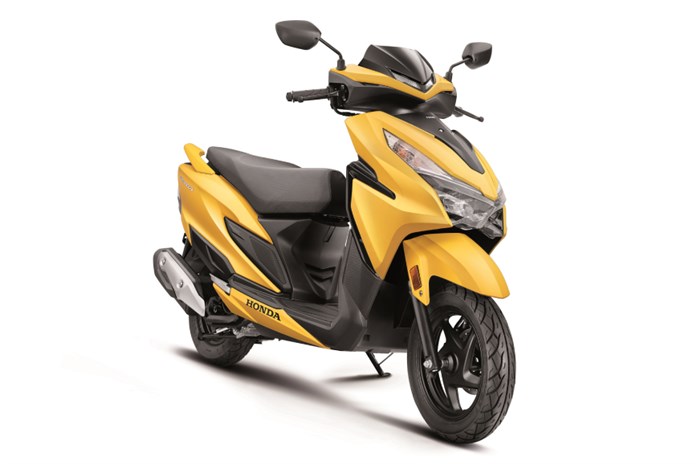 Honda has launched the BS6 Grazia in two variants - Standard and Deluxe - with the Standard variant priced at Rs 73,336. While the price of the BS6 Grazia Deluxe variant hasn’t been revealed yet, we expect it to carry a similar premium over the Standard as with the BS4 model, where it cost about Rs 4,000 more. At this price point, the BS6 Grazia is over Rs 11,000 dearer than its BS4-compliant predecessor.

What are the mechanical updates to the BS6 Grazia?

For starters, the BS6 Grazia shares its powerplant with the BS6 Activa 125; their BS4-compliant counterparts also shared the same engine. Honda hasn’t revealed peak output figures at the moment, but it’s likely it will produce the same 8.3hp and 10.3Nm of torque as in the Activa 125. And just like on that scooter, the new Grazia also features Honda’s silent start system, idle start-stop system and an integrated engine start/kill switch.

What are the visual updates to the BS6 Grazia?

Honda has tweaked the design of the scooter, giving it a sharper stance. The headlight unit is sleeker and is now an LED unit. Higher up on the front apron, the new Grazia gets LED DRLs, much like the Dio’s. The handlebar cowl has also been redesigned slightly, with sharper lines and edges. The body panels on the side of the scooter look sharper as well, while the tail section and brake-light assembly have been redesigned, too.

What are the other updates to the BS6 Grazia?

Another rather significant update is the addition of a new twin-pod digital instrument cluster. Apart from information like speed and rpm, the unit will also display range, real-time efficiency and average efficiency. Along with this feature update, Honda tells us that the new Grazia comes with more underseat storage and 16mm of added ground clearance.

What else should we know about the BS6 Grazia?

The Japanese two-wheeler brand has revealed in its press statement that dispatches of the Grazia will start later this week. The scooter is available with a special 6-year (3-year standard + 3-year optional extended) warranty.