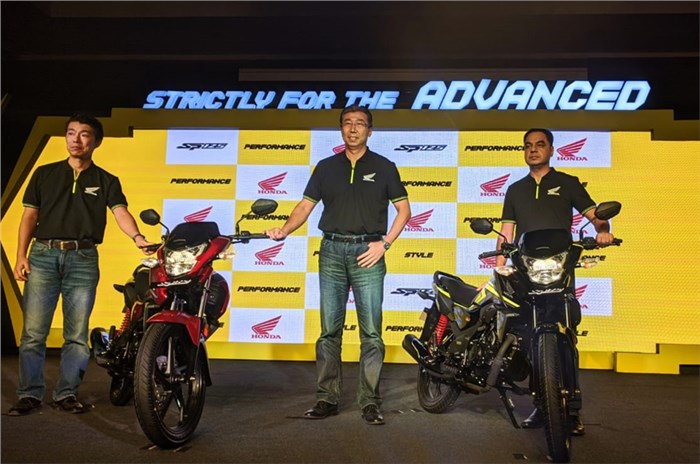 Along with the minor bump in power, the Honda SP 125 gets many new mechanical and electrical updates.

Honda has become the first manufacturer to launch its second BS6-compliant two-wheeler in India; the first being the Activa 125 FI, the second and latest is the Honda SP 125. While the bike previously carried the CB Shine SP 125 moniker, with the update, Honda has dropped the former bit. With prices starting at Rs 72,900 for the base model, the BS6 variant costs nearly Rs 9,000 more than the Rs 63,857 price tag of the entry-level outgoing BS4 unit.

The same 124.73cc, air-cooled, single cylinder engine has been upgraded to BS6-spec, and sees its power figure rise from 10.31hp 10.88hp. While the hike in power is marginal, the BS6 bike features electronic fuel-injection, which should translate to crisp and smooth throttle response. The updated engine is paired to a 5-speed transmission. Honda claims a 16 percent gain in mileage.

The commuter motorcycle also gets Honda’s new silent start feature – it does this by using an AC generator (or alternator) to start the bike, as opposed to a conventional stator, which makes the gear-meshing noise. The SP 125 also has a new fully-digital instrument cluster that showcases the bike's real-time fuel efficiency, distance to empty, gear-position indicator and more. The bike also gets an LED headlight and redesigned styling elements.

Honda has begun production for the new SP 125 and it will begin reaching dealerships towards end-November 2019.