Bimota shuts down its factory 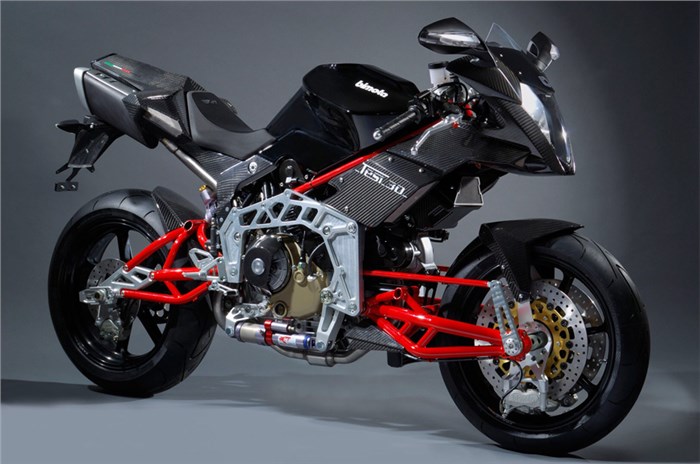 The exotic Italian bike maker has shuttered its Italian factory and looks to be on the verge of winding down operations to a full stop.

When it comes to Italian motorcycles, Bimota certainly falls on the most exotic scale of the spectrum. The small company was known to produce some of the wildest, and high-tech bikes in the world, including the only motorcycles to feature a front swingarm and hub steering – the Tesi 3D and Vyrus. After going through many ups and downs over the years which led to multiple changes of hands, Bimota has finally shuttered its factory in Giaccaglia for the final time.

While Bimota did make some revolutionary motorcycles, it has had a fairly arduous history. It was originally formed back in 1973 by Valerio Bianchi, Giuseppe Morri, and the legendary motorcycle designer Massimo Tamburini, and even got its name from the first two letters of each founder’s surname. The philosophy of the company had originally been to create high quality and extremely capable frames for the (then) new wave of Japanese sport bikes.

Tamburini wasn't happy with the way chassis development hadn't kept pace with engine technology on Japanese motorcycles. This led Bimota to develop ‘kits’ which would use just the motor and other running gear from these Japanese motorcycles. He wanted to keep Bimota a lean operation that would deliver fantastic handling packages and beautiful bodywork for motorcyclists who wanted to harness the most from the powerful engines of their Japanese bikes, both for racing and street use. And Bimota did enjoy a fair amount of success in achieving Tamburini’s lofty goals.

It is said that the trouble for Bimota began after Tamburini was forced out of the company by Morri, who wanted to convert Bimota into a full-fledged motorcycle maker. While Tamburini went on to design some of the most iconic sport bikes in the world such as the MV Agusta F4 and the Ducati 916, his departure was the death knell for Bimota. Unable to source only the engines from the Japanese motorcycle makers, the company was forced to buy inventories of entire motorcycles just to use the engines. And this quickly spiralled into an economic mess.

After changing hands multiple times, Bimota seems to be at the end of its road now. The factory, where they manufactured their incredible machines, has been shut and the current owners of the company have taken up a warehouse nearby where all the spare parts of all the latest Bimota models have been stored. All the components required for making bikes for the next few months have been moved to Lugano in Switzerland, where the company’s current owners operate from.

Of course, that doesn't mean Bimota will cease to exist. The company will support current owners as much as they can and apparently some new customers have also received their bikes from Switzerland. But the future looks bleak for the company, unless of course some big investors take it upon themselves to keep Tamburini’s dream alive.