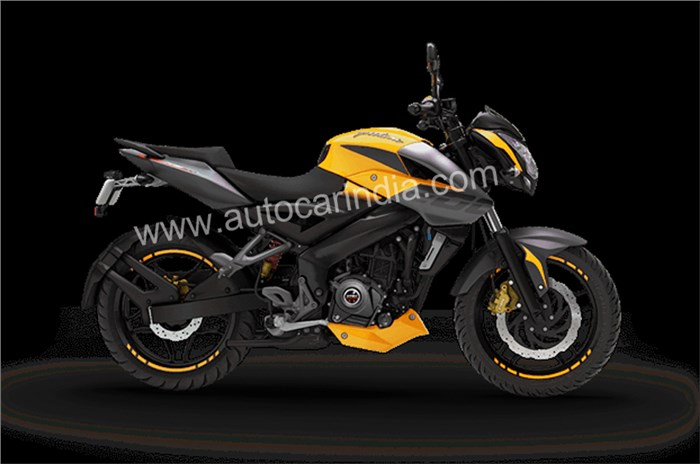 Bajaj has re-launched the Pulsar NS200 in its signature yellow shade. The ABS-equipped NS200 has so far been sold in three colours – wild red, graphite black and mirage white – and Bajaj has been keen on re-introducing the model with yellow trim and bodywork, just like it sported when it was first launched in 2012.

However, apart from the colour, Bajaj hasn’t taken this opportunity to revise the Pulsar NS200 on the mechanical or feature front. This means it retains its 199.5cc, liquid-cooled, 4-valve, carbureted motor which produces 23.5hp at 9500 rpm and 18.3Nm at 8000 rpm. While these figures – and its 6-speed gearbox – aren’t in any way insufficient, we believe Bajaj will line-up some significant updates for the BS6 model. Among other things, the transition to a fully-digital meter console is certainly imminent, as the existing NS uses a digi-analogue instrument cluster which has remained virtually unchanged since 2012.

The yellow NS200 ABS has been priced at Rs 1.12 lakh, the same as the other colour-variants, although whether Bajaj has also introduced this colour to the non-ABS version (Rs 1 lakh; all prices, ex-showroom Delhi) as well is yet to be known, since an official announcement hasn’t been made on this front. Like it?