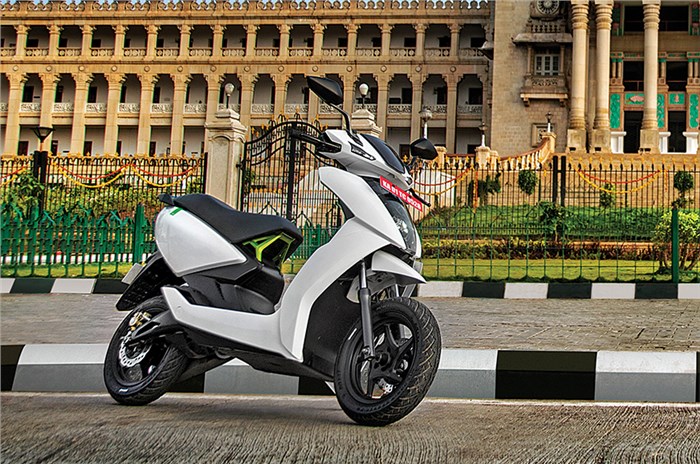 Last week, Ather revealed that a more premium iteration of the Ather 450 – called the 450X – is in the pipeline. Ather has said that the "new product is a step above the Ather 450 you are familiar with, and will have new features, better specs, and more intelligent features." The company has now revealed that the 450X will first be launched in Hyderabad, Mumbai, Delhi-NCR, Pune, Chennai and Bengaluru, followed by Ahmedabad, Kochi, Coimbatore and Kolkata.

At the moment, pre-orders of the 450X are open via invite codes that the company has sent out to its community (existing Ather e-scooter owners) and a select few other individuals.

Ather has also stated that the 450X will be built to have better performance, better connectivity and more intelligent features than the 450. A company-released teaser also hints that some of the features the scooter will have include fast-charging and multiple colour options. It'll be interesting to see how Ather one-ups the 450, which is already one of the best electric scooters on sale in India today.

It was only last month that Ather Energy signed an MoU for a 4,00,000 sq ft EV-manufacturing facility with the Government of Tamil Nadu, at the Investment and Skill Development Conclave in Chennai. The company is now looking to grow its operations across India. As part of its expansion plan, the company plans to take Ather Space – its flagship experience centre format – across key cities like Hyderabad, Mumbai, New Delhi, Pune, amongst other Tier-I cities.