The CB-F concept is powered by the same 998cc, inline-four-cylinder engine seen on the CB1000R. 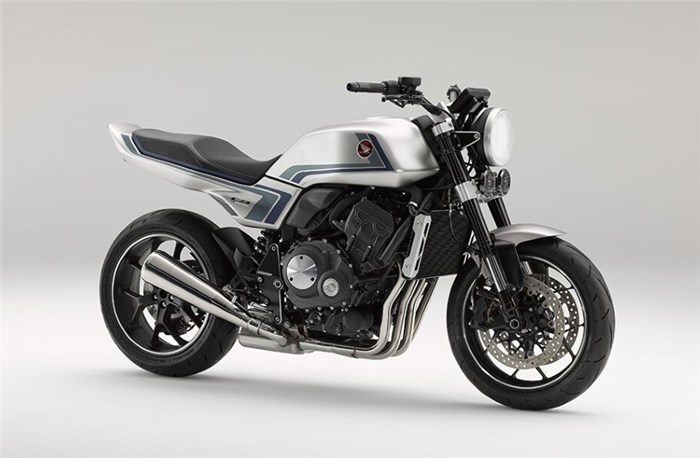 Honda has not let COVID-19 stop them from making big announcements. Along with the launch of the CT125 Hunter Cub, the company also revealed the CB-F concept.

The Japanese brand has said, “the CB-F concept is the result of revisiting the CB series’ history, which reached its sixth decade last year, and thoroughly exploring what to preserve, and what to evolve with the company’s flagship sports bike.”

The concept, however, draws inspiration from the CB900F (CB750F) in Japan. It has the same boxy design language, although it’s significantly sharper on the concept. The tail has an old-school look as well, but it’s a lot sleeker on the concept. Details like the round headlight and retro Honda logo will be appreciated by enthusiasts of the original bike as well.

Underneath, the concept is essentially a CB1000R. It uses the same 998cc, inline-four-cylinder, DOHC, liquid-cooled engine. While the company hasn’t mentioned any figures, this engine makes 143hp/104Nm in the CB1000R. Suspension, meanwhile, is handled by an upside-down fork and a monoshock that’s paired to a single-sided swingarm.

There isn't much clarity on what Honda plans to do with the CB-F concept, but it might make an interesting addition to the brand's modern classic line-up as it differentiates itself sufficiently from the CB1000R which has more modern touches in its design.