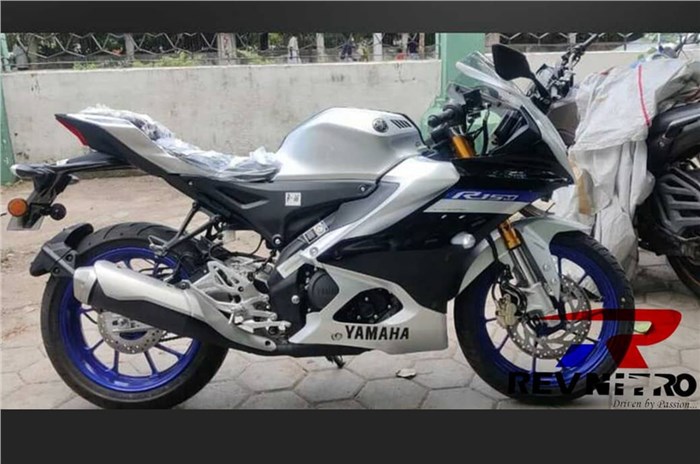 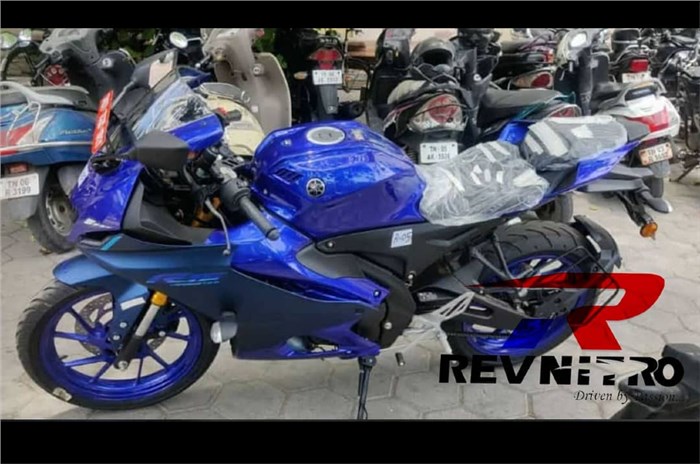 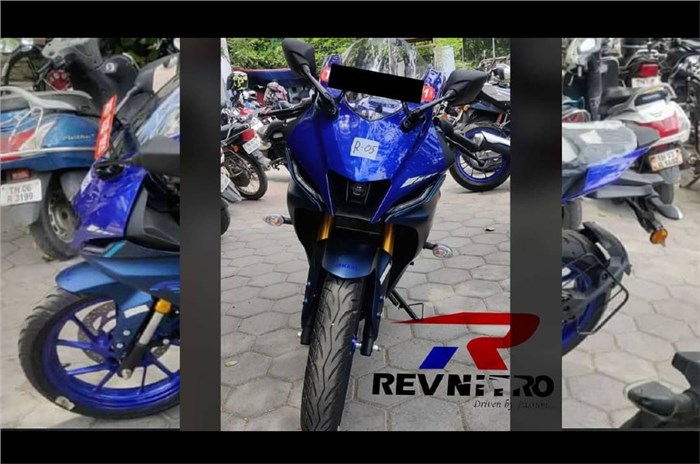 A government document revealed that the upcoming R15, R15M make slightly less power than before.

The upcoming 2021 Yamaha R15, R15M have been spotted completely undisguised for the first time before launch.

The images that have surfaced online reveal the upcoming updated R15 range in all its glory. The pictures also confirm the fact that the company has an M variant planned for this generation model. What we also know is that Yamaha will continue to offer the bike in the blue and MotoGP colour schemes. The M variant, meanwhile, gets a bright silver paint scheme with blue-coloured wheels, similar to the ones seen on the 2016 R1M.

The Indian-spec R15 will finally get a USD fork. The upcoming bike is also expected to use the same 155cc, liquid-cooled, 4-valve, single cylinder engine. However, a government document has revealed that it makes 18.3hp - 0.3hp lesser than the current model. The reason for the drop in power is unknown, but it remains to be seen if there’s a change in the torque figure. The wheelbase (at 1,325mm) remains the same.

Big changes come in the form of updated bodywork. When viewed from the front, one notices a new fairing and windscreen, with an LED headlight in the centre. A set of Daytime Running Lamps flank the headlight unit on either side. The front end, in fact, seems reminiscent of the new YZF-R7 that was unveiled in international markets. The tail section, meanwhile, looks similar to the one on the R15 V3.0, but appears to have large air ducts. The stays for the pillion foot pegs and a new exhaust muffler also appear to be different this time around.

Besides the updated styling and mechanical changes, the next-gen R15 could possibly get a new Bluetooth connectivity enabled instrument panel.