Bookings for the BS6 Versys 1000 can be made on the Kawasaki India website. 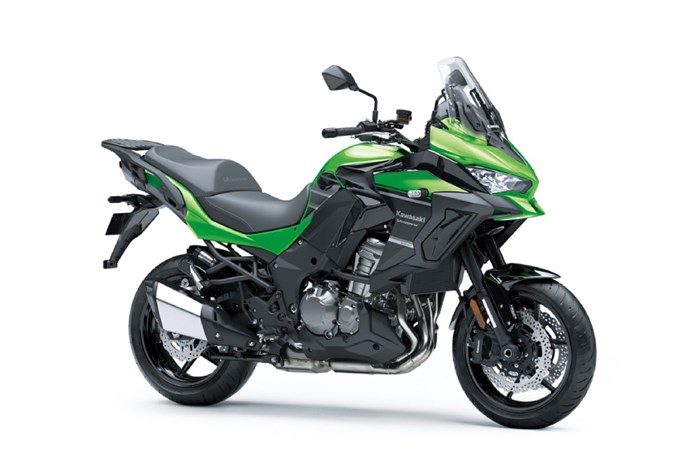 Kawasaki India has revealed updated BS6 prices, as of April 1, 2020, for select models in its portfolio, namely, the W800 and the Versys 1000. While the W800 saw a Rs 1 lakh reduction in price, the Versys 1000 has been priced at Rs 10.99 lakh (ex-showroom, Delhi) – Rs 30,000 more than what the 2019 model cost when it was launched in February last year. Interestingly, Kawasaki claims that the Versys 1000 has been BS6-compliant in India since its last update in 2019. Despite the hike, the Versys 1000 continues to be one of the most affordable litre-class tourers available in India.

The Versys 1000 received its most recent cosmetic update in 2018. With that update, Kawasaki brought its design language more in line with the current Ninja family. The bike rides on 17-inch alloy wheels on both ends, with the front getting a 120/70 ZR-17 tyre and the rear using a 180/55 ZR-17 tyre.

It also features an LED headlight, an adjustable windscreen and an LCD-equipped semi-digital console. The 2020 Versys 1000 also carries over all its electronic and rider aids from the 2019 model. These include the Kawasaki Traction Control (KTRC), cruise control, Kawasaki Cornering Management Function (KCMF) and the Kawasaki Intelligent anti-lock Brake System (KIBS). Kawasaki engineers have also loaded the new Versys 1000 with two power modes and a five-axis Bosch IMU.

The Versys 1000 sits at the top of the line-up – above the Versys-X 300 and the Versys 650 – and comes to India via the CKD route. Despite being a litre-class adventure tourer, its seat height of 790mm makes it accessible and its massive 21-litre fuel tank aids its touring prowess.

Booking for the 2020 Versys 1000 are now open on the company's website, and deliveries are expected to commence in a couple weeks from now, when Kawasaki dealerships across the country are up and running again, following the relaxation of the lockdown.