Next-gen Honda Africa Twin to get a bigger engine 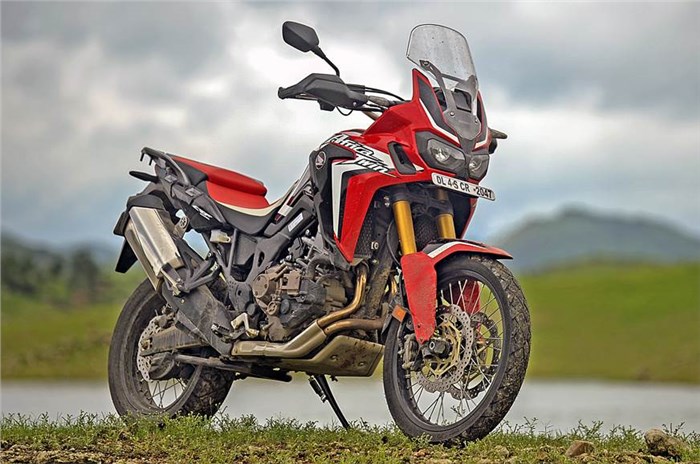 The motorcycles that are part of Honda’s CRF line-up have always been some of the most capable dirt bikes made. So when Honda decided to give its flagship ADV tourer – the Africa Twin – the same badging, it came with much promise and expectation. The Africa Twin was first introduced in 1988 as the XRV650, and over a period of 15 successful years went through multiple upgrades and changes until it was discontinued in 2003 as the XRV750. The current generation of the Africa Twin was launched in 2016 and is expected to receive a major update in 2020.

Reports suggest that, the Africa Twin or CRF1000L is set to get a bump in engine capacity among other upgrades and will comply with EuroV norms. The 998cc parallel-twin engine on the current-gen model produces 89hp at 7,500rpm and 93.1Nm at 6,000rpm. On the new model, the engine capacity is expected to increase to 1,080cc, adding an extra 5hp. The tank capacity will reportedly increase from 18 to 20 litres, with the DCT receiving upgrades as well. The bike is also expected to receive a TFT instrument cluster.

The last update in 2018 saw Honda equip the Africa Twin with ride-by-wire throttle, four riding modes and a seven-level traction control setting. With the Euro V norms coming into effect internationally in January 2020, and with ADV heavyweights like the Ducati Multistrada and BMW GS receiving upgrades, it’s no surprise that Honda is out to level the playing field.