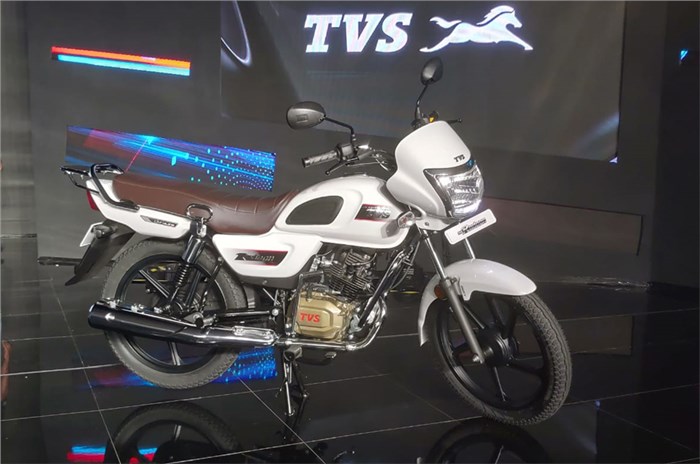 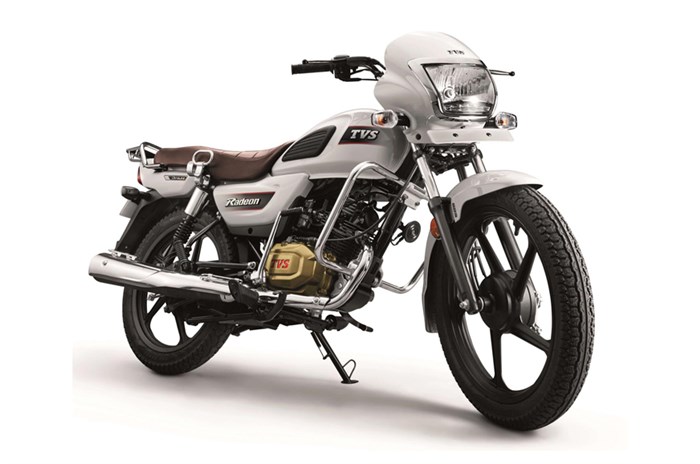 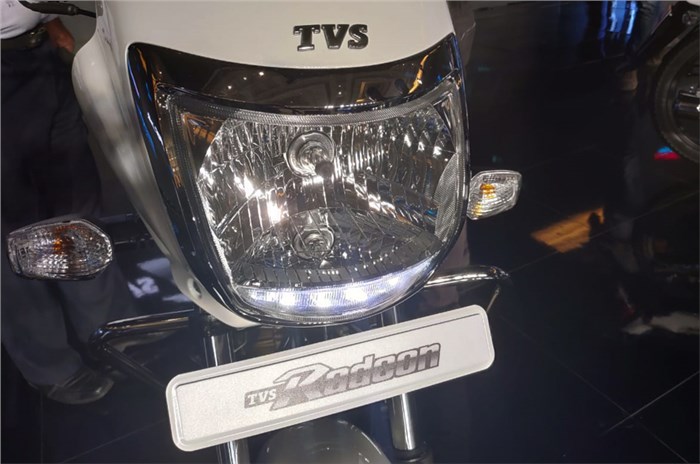 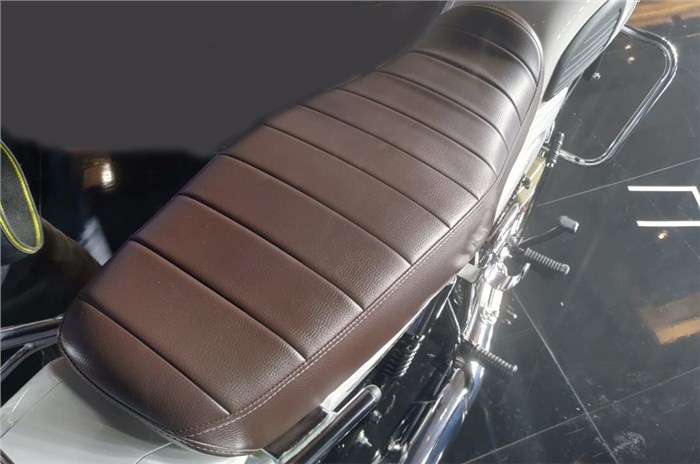 TVS has just launched a new 110cc motorcycle called the Radeon at Rs 48,400 (ex-showroom, Delhi). The motorcycle features styling that tries to break away from conventional 110cc motorcycles in India. TVS say that the Radeon is targeted at consumers in the age group of 25-35 years who live in small towns and in rural India. The company says that the bike is for consumers looking for a stylish bike with good fuel efficiency and ground clearance without having to pay a premium.

The Radeon has a uniquely-styled tank with knee pads. Aside from the tank, however, the bike is styled pretty conventionally. The headlight and the cowl are similar to the Victor, and the side panels and rear-end feature simple, boxy styling. The seat on bike is flat and textured. The engine and gearbox casing on the motorcycle are finished in a light gold. Interestingly, there is also heavy use of chrome on the commuter; the carrier, exhaust, crash guard, kick starter and rear shocks are all finished in chrome. This is interesting at a time when most other bike manufacturers are shifting away from using chrome and opting for blacked-out bits.

Standard on the Radeon are blacked-out alloy wheels and a rather funky looking fully-analogue instrument console which features an Eco and Power mode indication. The bike features drum brakes at either end.

Powering the motorcycle is a 109.7cc engine that makes 8.4hp and 8.7Nm of torque. The bike has a fuel tank capacity of 10 litres and a claimed fuel-efficiency of 69.3kmpl.  Ground clearance is set at a healthy 180mm and the bike is equipped with TVS’ Synchronised Braking Technology that works similar to Honda’s CBS.

The TVS Radeon has a five-year warranty and is available in four colour schemes (white, beige, purple and black). TVS has projected a sales target of 2 lakh units in the first year of the Radeon’s production. This new commuter is positioned between TVS’ other commuters, the Star City+ (starts from Rs 45,991) and the Victor (Rs 53,295 onwards, ex-showroom, Delhi).