Top spec, Dragster RR-based special edition to be re-introduced in 2018; only 350 units will be produced. 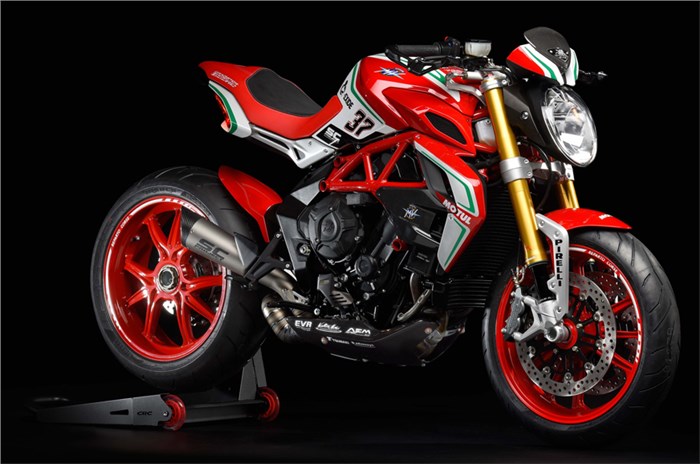 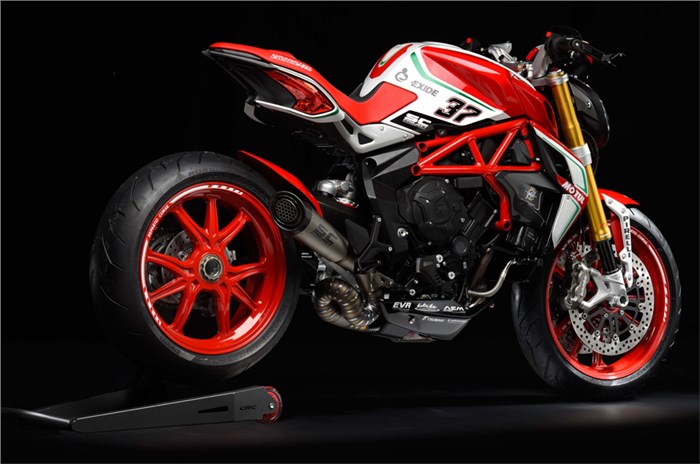 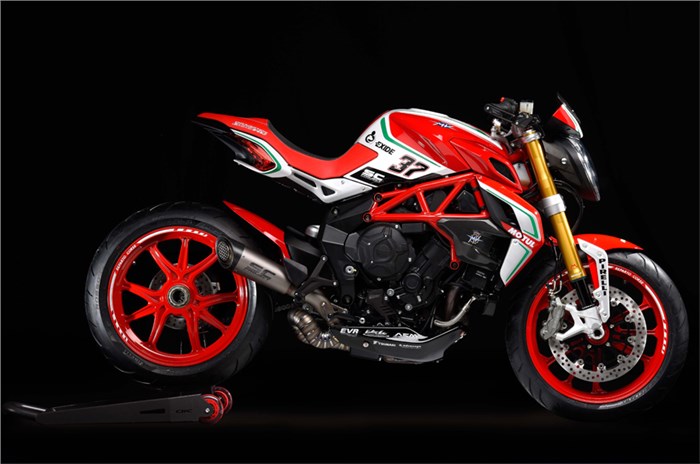 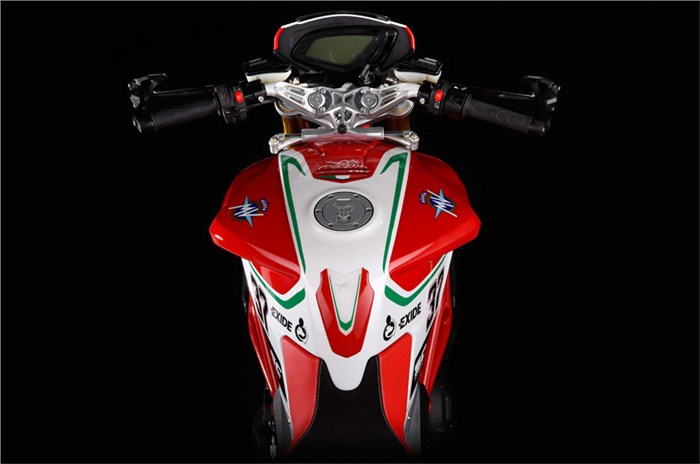 MV Agusta has taken the wraps off the 2018 Dragster 800 RC. The 800 RC, based on the already tricked-out RR, was added to MV’s line-up in 2017 and the Varese-based manufacturer has announced its plans to re-introduce it for 2018.

The 800 RC (the suffix stands for Reparto Corse, MV Agusta’s racing department) boasts a list of comprehensive, specially developed features that add to its exotic appeal. On the cosmetic front, the RC gets carbon-fibre and thermoplastic fairing, radiator air scoops and dashboard cover/fly screen. In addition to the racy livery, the RC also features a pair of red, forged nine-spoke wheels that also look the part, to say the least.

The 800 RC is powered by a 798cc, triple-cylinder motor that pushes out 152hp at 12,800rpm, which is exactly 10hp more than the RR, courtesy the factory-fitted SC Project exhaust that begets its own engine map. The triple motor also features a race-derived counter-rotating crankshaft, which helps reduce inertia during corner entry, and a revised balance shaft that claims to do a better job of reducing engine vibrations. The motor is paired to a cassette-type six-speed gearbox with MV’s latest EAS 2.0 quickshifter, which works in both directions, assisted by a hydraulic clutch.

The bike’s Motor and Vehicle Integrated Control System (MVICS, MV’s terminology for its rider-aid package) includes four riding modes, including a fully programmable ‘Custom’ mode that lets you configure motor response, torque management, throttle sensitivity, engine braking and the rev limiter – all of it extensively developed for the RC variant. An eight-level traction control (standard across all Dragsters) with a disengage option is also included to keep its frantic power delivery in check. Thanks to the Brembo 320mm twin-disc front brake setup with four-piston radial calipers, the RC possesses super-sharp braking prowess. In addition to this, it features a Bosch 9+ ABS unit, with rear-wheel lift-up mitigation (RLM). Needless to say, the suspension package is similarly top-notch and fully adjustable, with a 43mm Marzocchi USD fork and a Sachs monoshock.

Only 350 units of the Dragster 800 RC will be produced, making it quite exclusive.