The Italian middleweight street brawler, the MV Agusta Brutale 800, is back for 2017. But has the beast been tamed? 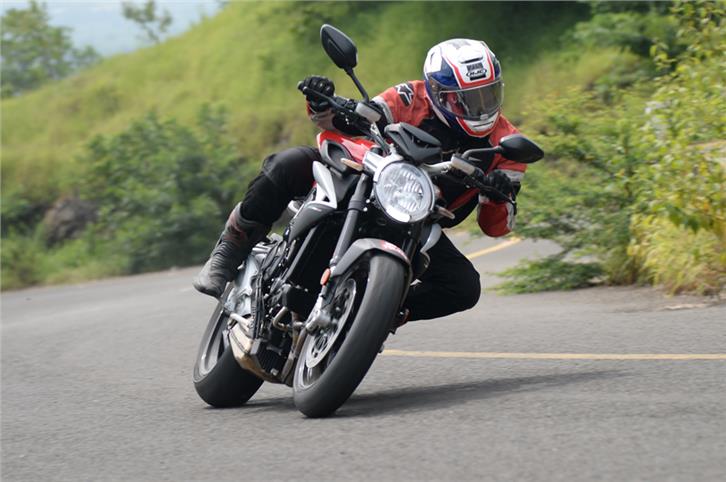 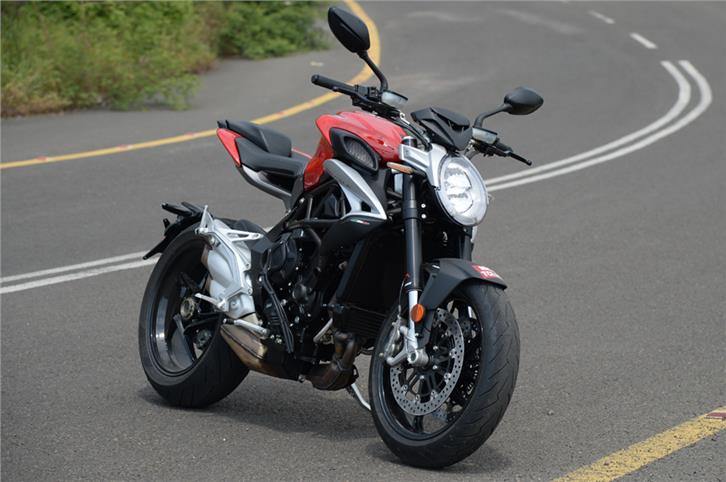 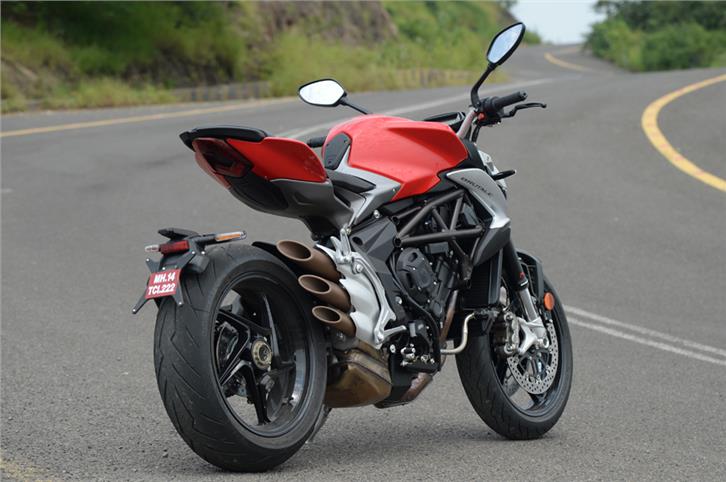 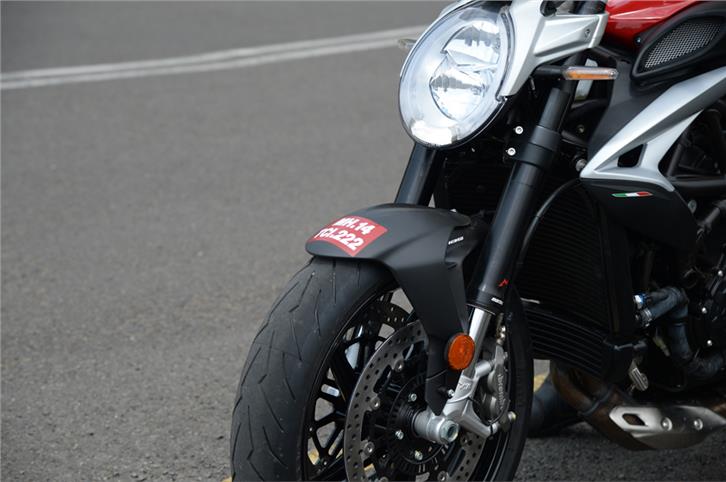 If you recall previous opinions of the older Brutale 800, then you're aware of what an absolutely manic beast it was. This was a motorcycle that demanded you to dedicate time, focus and understanding to extract its full potential. In true Italian fashion, the Brutale that was as temperamental as it was beautiful – an attribute that kept inexperienced riders at bay; a worthy feature of a true exotic, maybe.

Well, MV Agusta has been at the drawing board again and we now get a revised version of its street naked, the Brutale 800, for 2017. While the Varese-based manufacturer has been creating stunning motorcycles since 1945, the updated version of this simple, yet muscular-looking street naked was first seen at EICMA 2016. We did manage to have a short spin on this beast in May 2017, in Italy; it came to India this July. And now, we've finally managed to get our hands on this machine to test it in our Indian conditions. So let's see how this Italian exotic feels on our less than perfect road conditions, and steamy weather, of course. 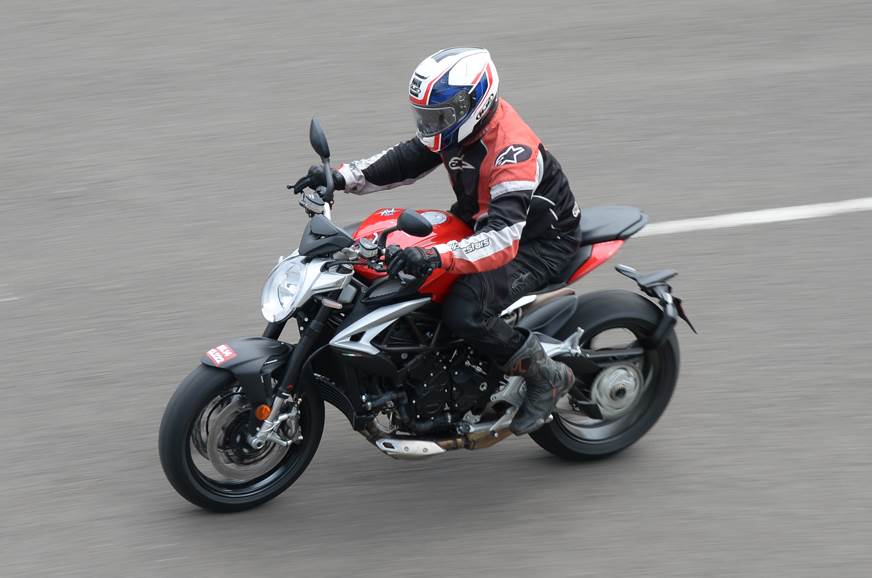 The styling changes on the new model are subtle and give the Brutale 800 a smoother overall look. It gets a slightly redesigned version of its trapezoidal tank, a new LED headlight with a newly designed cowl, revised fenders, and a new tail section (including the sub-frame). Other minor changes are visible all over the bodywork, like the double saddle, concealed passenger grab rails, a new handlebar and the addition of a clutch pump. The instrument panel has also been updated, along with the switchgear and handlebar buttons.

The signature three-pipe exhaust has also been redesigned, and is slightly larger now, which produces a stronger exhaust note from the 798cc, inline-three cylinder engine. The engine gets 12 valves and a counter-rotating crankshaft. Power, however, is down from 123hp on the older model to 109hp now; although it wasn't exactly noticeable on our test ride. However, there is a bump in torque to 83Nm, with 90 percent of that available from as low as 3,800rpm.

This updated Brutale 800 also gets a new electronics package. This includes four power modes – Rain, Normal, Sport and Custom. There is also an eight-level traction control system with switchable and adjustable ABS. While this creates a major improvement in terms of refinement when compared to the raw nature of the older model, the throttle is still a little sharp at low revs in 'Normal'. This is a little more evident in Sport mode, and the on-off throttle transitions are a little abrupt for riding in city traffic. 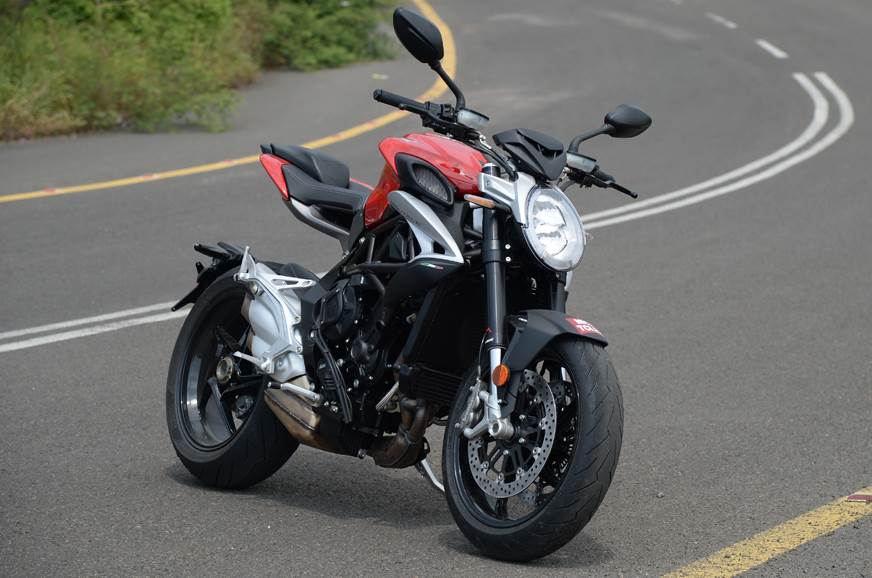 So, while the new bike is more manageable than the older model, it retains its aggressive nature. Wring the throttle and the front wheel will head skywards in the higher revs in first and second gear, quite like the older bike. This is something that takes a bit of getting used to, especially when powering out of corners. And in keeping with its sporty intent, it gets a quickshifter for up and down shifts, which is also switchable and works brilliantly. It keeps your clutch hand free; although the clutch lever felt relatively light too. The wheelbase has been extended by 20mm and is now 1,400mm, while the trail has been extended from 95mm to 103.5mm.

This is a bike that truly feels in its element when you're pushing it hard. The handling is tight, and the bike feels nimble and quick on its toes. It does, however, feel a little too reactive to be completely confidence inspiring; so complete familiarity may require longer hours in the saddle.

The new Brutale 800 is shod with the new Pirelli Diablo Rosso 3 tyres that provided excellent levels of grip on our Indian road conditions. Complementing that was the stopping power from the radially mounted, twin 320mm floating Brembo brakes at the front and 220mm one at the rear. And although the Marzocchi 43mm front forks and monoshock at the rear felt apt for the Italian road conditions, the stiff setup does get a bit thrashy over our crater-filled Indian roads. 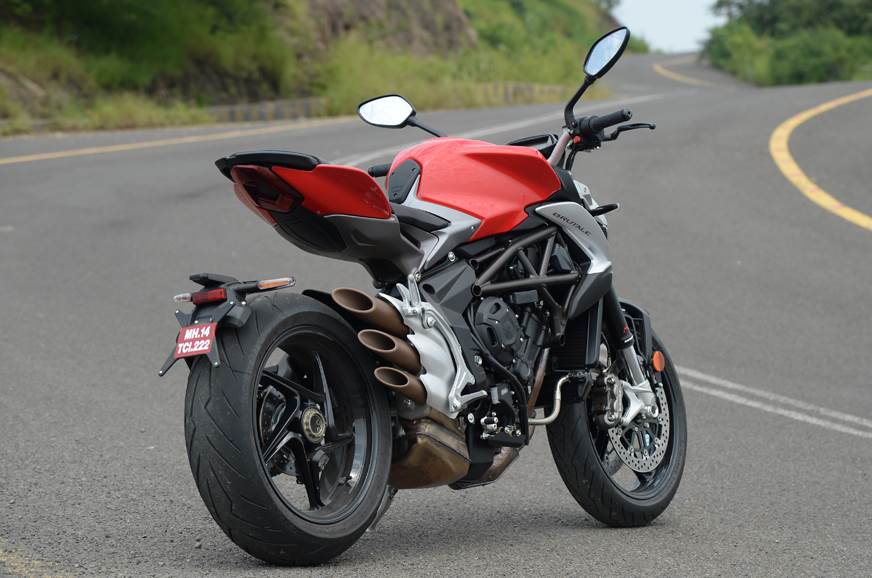 Overall, the new Brutale 800 carries forth the legacy of MV Agusta and stays true to its status as an Italian exotic. It still retains a slightly temperamental nature which will really appeal to some. It's a whole lot of fun to ride and is a very involving motorcycle at the same time. However, thanks to its exotic status and MV Agusta’s stand on being a purely super premium brand, it's priced at a relatively high Rs 15.59 lakh (ex-showroom, India). But, even though it costs as much as Rs 7 lakh more than other middleweight, street-nakeds like the Ducati Monster 797, Street Triple 765, and Kawasaki Z900, the Brutale 800 is one for the heart. For loyalists and MV Agusta fans, it remains an exhilarating yet beautiful motorcycle to ride.