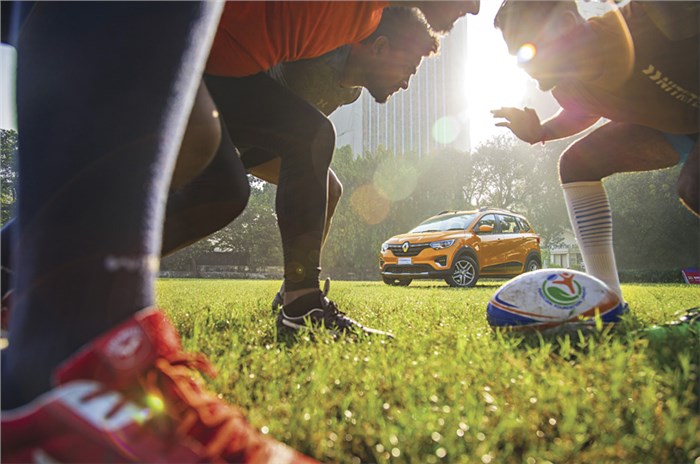 It has been ages since we played rugby, but here we are, rising to the twin challenges of practising with a rugby sevens team and ferrying all of them around in one car.

‘Rugby in the rain, yeah-yeah-yeah.’ That was the official rugby war cry of the 11th Central Mumbai District Association scout troop that some of us were part of when we were younger.

June brought along the monsoons and every year, without fail, the scout troop and the younger cubs would trundle down to the Panchgani Gardens, in Dadar, to enjoy a Sunday of full-contact sport. While some of us would take the game as seriously as a Parsi takes his morning eggs, for most others, it was an excuse to roll around in the soil, splash around the puddles and ensure that every inch of your body was covered in mud – much to the annoyance of our parents. 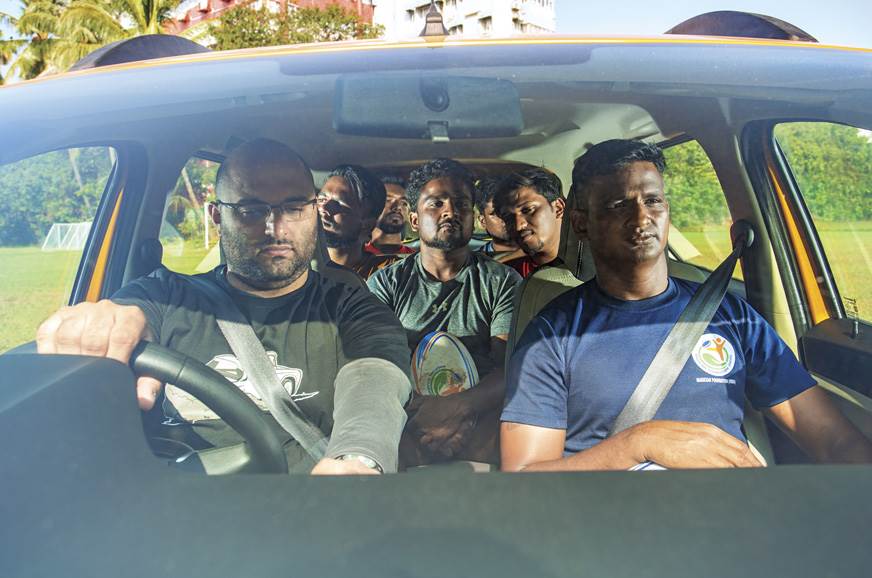 All for one, one for all: 800kg of human beings, all set for battle, in the Renault Triber.

Of course, as we grew older and priorities changed, the frequency with which we played the game reduced drastically. In fact, the last time we played a game of rugby with a bunch of mates (yes, that is an Australian reference), 50 Cent’s In Da Club was the biggest song of the year. That’s why, when one of us got the opportunity to get down and dirty with the Mumbai-based ‘Magicians’, they grabbed a pair of shorts and made a bolt for the training pitch.

So here is what was going to happen: Thanks to the good folks at Rugby India, we were getting a full-fledged practice session with six Division 1 players, in exchange for one of us being their driver for the day as they prepped for one of their rugby sevens matches. 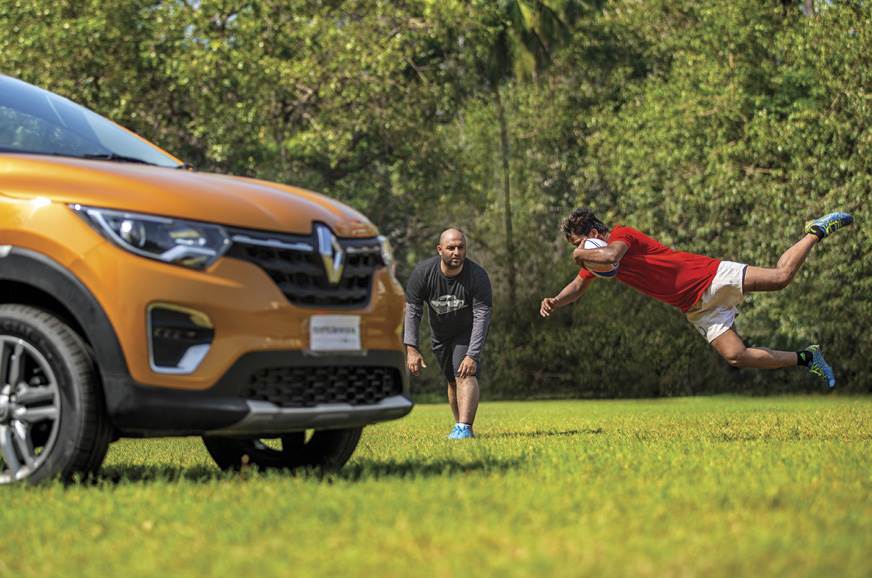 Rugby practice sessions are far more demanding than most sports.

As we rummaged through the keys in the keybox, we thought that there was really only one car that was designed for the job at hand. It needed to fit six healthy, burly, well-built players and, of course, our rotund colleague; it also needed to be compact enough to navigate the tight streets of south Mumbai, and have a boot big enough to fit some of their bags too. It needed to be nimble on its toes as it was going to have to carry well over 800kg of human beings, with about half-a-dozen, awkwardly oblong rugby balls! That car was the Renault Triber.

The practice session started like they all do – with a warm up. And typically, it included a head-to-toe approach with some rotations, stretches and basic hops. Now, while for most basic sports, this would be enough, rugby is far more demanding. As with every team, the boys had a full 30min warm-up – with calls and cries for every sequence, too. Hops, extension hops, side hops and even game-specific things like picking up a teammate at a moment’s notice to receive a throw were all part and parcel of the warm-up. While our man struggled to catch up with some of their sequences, watching a teammate struggle to catch his breath did appear to give the rest of the ‘real’ rugby players a fair bit of entertainment. However, our out-of-shape, yet determined colleague would soon redeem himself. Having played a bit of footie back in the day, the slightly different game did come to him somewhat naturally. 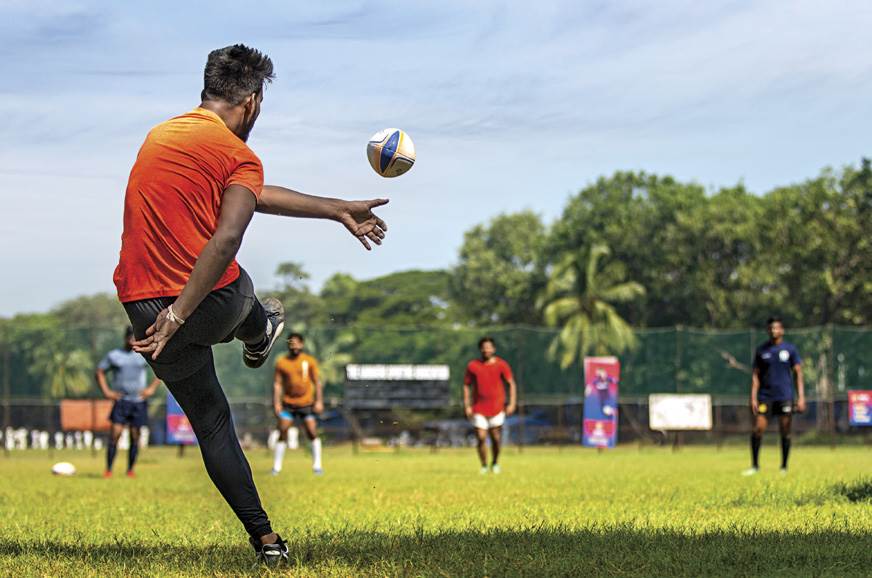 If you kick well in rugby, you became a key player.

While a game of rugby appears easier when watched on the television, the fact of the matter is that it does take the wind out of you. One of the things to remember is that – unlike football, where there is no directional restriction on passing the ball to your teammates – in rugby, the ball is usually only passed backwards. While that isn’t what you expect to naturally do in a competitive game – where the goal is to reach the... well... goal – it is quite a ton of fun. Of course, rugby is not only about passing a ball around. It can get a lot more physical.

The dreaded or celebrated ‘Scrum’, depending on how you look at it, is one of the most iconic scenarios in any rugby game. A scrum is basically what happens when a game is stopped after a tackle or an altercation and then restarted. The restart procedure (a.k.a scrum) involves players packing closely together with their heads down and attempting to gain possession of the ball. In a professional game, players from each side form a cluster, interlocking their heads and forming a tunnel below them. The ball is fed into said tunnel while the players try and retain possession of the ball by passing it backwards with their legs. In a practice session of course, it was just a few of us forming a practice scrum but even that was viscerally physical and intense. 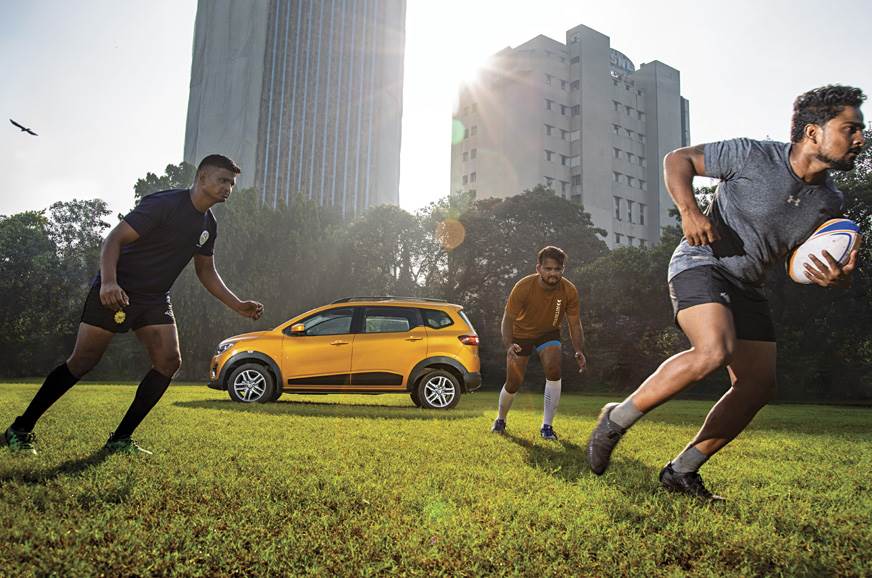 Apart from the number of players, a rugby sevens game is a lot shorter than a regular rugby match.

After a lot of running about, throws, high kicks and, of course, scrum-formation practices, it was time to pack-up and head to the match. As with most people, the first reaction that the players had when they saw the Renault Triber was, “Where is the second car?” Their consternation was understandable. The Triber is essentially a small car, with one significant difference – it has the largest wheelbase among any sub-four-metre passenger vehicle around; and Renault has managed to extract every bit of space possible. So, finding out about its third row came as a welcome surprise to the men.

While one expects fully grown men to usually behave, a pack of boys pumped up with adrenaline in anticipation of their big match sometimes prove otherwise. So, making the most of the Triber’s cavernous interior, the team decided that it was a good idea to continue practising inside the car by passing the rugby ball around as quickly as possible between the three rows! 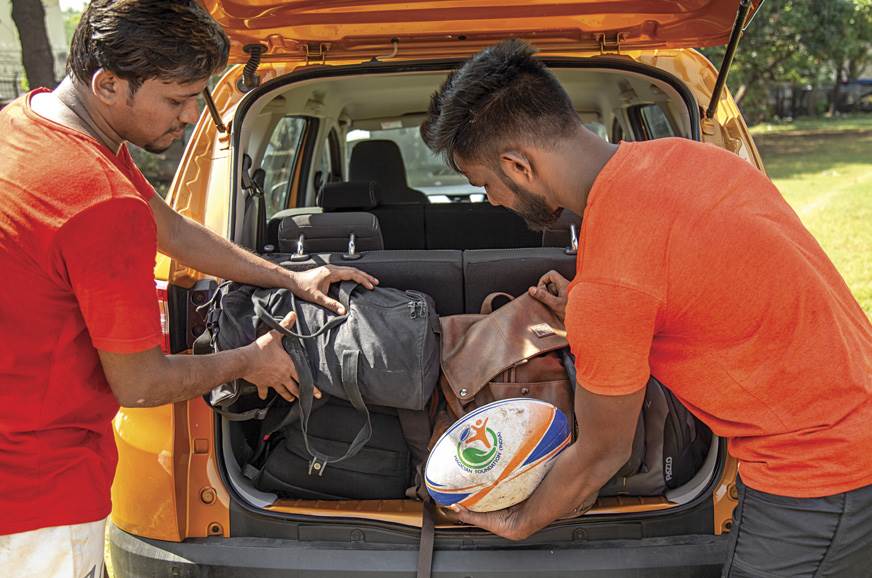 Space for seven – and then some! The kits and rugby balls are loaded into the Triber.
As we made our way through the streets of south Mumbai towards our match venue for the day, the Triber proved to be as agile as the rugby players within. That thrummy 1.0-litre motor might have only 72hp and 96Nm of torque on tap, but work the gears a little and the little car proves to be quite plucky. Not only did the Triber make quite a first impression with our players, but rolling into our venue and doing our own little clown car impersonation – with all seven sturdy people stepping out of a relatively small car – did drop some jaws. 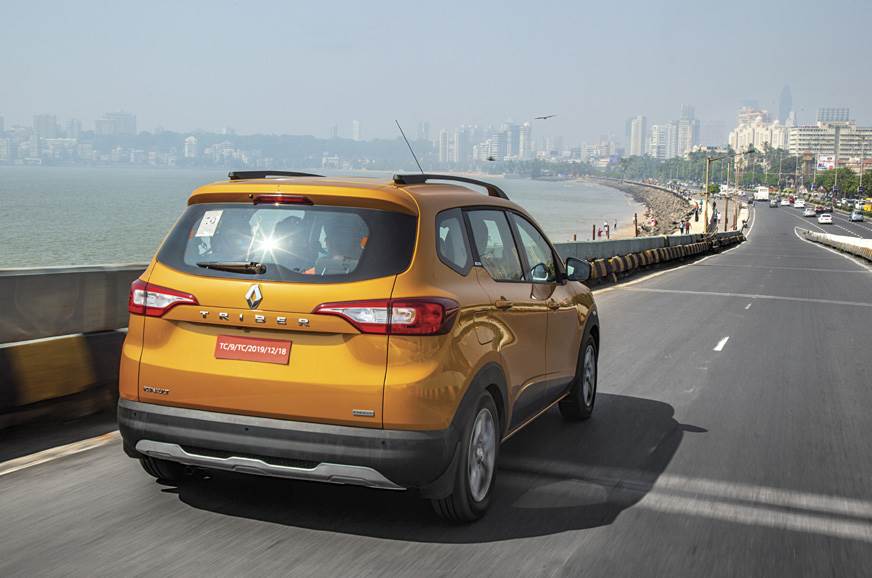 The Triber proved to be an agile customer on city streets.

All in all, while Renault could call this the Tribe mode, we think the term Bro Mode would fit aptly here, too!