Team Yokohama will compete in the 2000cc and 1600cc categories of the 2015 Indian Rally Championship. 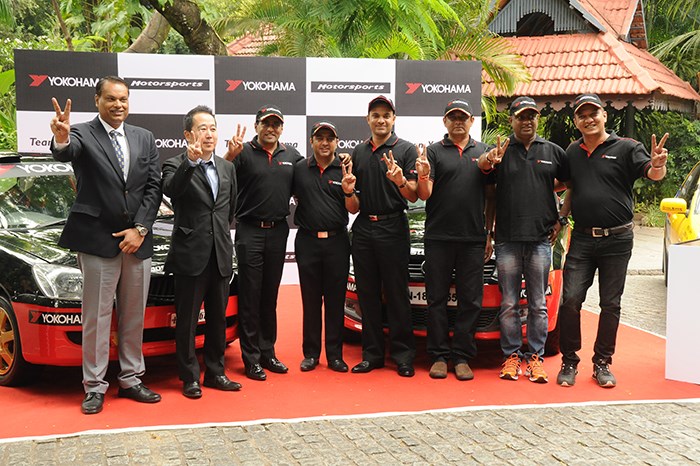 Yokohama India has announced its official foray into motorsport in India by launching its rally team for the 2015 Indian Rally Championship season.

This will be Team Yokohama’s second year in the championship, with an assault on the 2000cc and 1600cc classes in a Mitsubishi Cedia and a Volkswagen Polo respectively.

The 2015 Indian Rally Championship kicks off at Nashik on 10th June.

Yokohma will also support Prithvi Domnic (co-driver Pruthvi Ithal) in the 2000cc category, who will also pilot a Mitsubishi Cedia. Domnic is also a prominent Yokohama dealer in Bangalore and has been rallying for a long time.

Takeshi Harada, Director (Sales & Marketing), Yokohama India commented, “Yokohama has been part of motorsport world over. I would also like to mention the completion of 10 years as a sole tyre supplier to FIA WTCC (World Touring Car Championship). It is a proud moment and therefore, for us participating in the IRC was a foregone conclusion as motorsport is today a part of the Yokohama philosophy”.

Sanjay Chatterjee, General Manager, Yokohama India, added – “The launch of Team Yokohama is a proud moment, we have been providing tyre support and participating in various motorsport events in India since 2008 and excellent results have encouraged us to continue in this course.”