X1 Racing League to kick off on November 30

Six teams will participate in the inaugural season of the series, with Narain Karthikeyan confirmed as the owner of team Chennai. 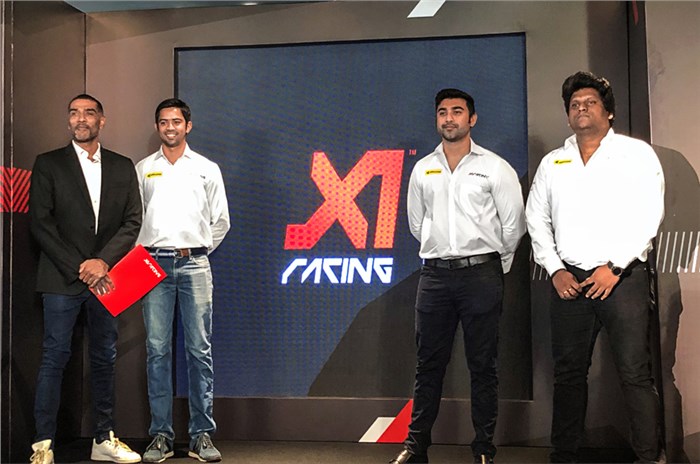 It’s been over a year since Indian racers Aditya Patel and Armaan Ebrahim teamed up to announce the inception of the X1 Racing League as a new franchise-based motorsport series for India, and now the series is set to launch next month with two rounds planned for the inaugural season. The first round will be held from November 30- December 1, 2019, at the Buddh International Circuit in Greater Noida, and the second round to be held at the Madras Motor Race Track (MMRT) from December 7-8, 2019.  The first season will be limited to permanent tracks, and speaking with Autocar India, series co-founder Ebrahim maintains that street races are on the agenda for the future.

The series’ IPL-like league format has already attracted interest and a total of six teams from different cities have been confirmed for the first season. Five of the six team owners have been confirmed, with the final team set to be announced later this month. The Chennai team is owned by none other than India’s first F1 star, Narain Karthikeyan, while the Delhi team is owned by the Crown Prince of Abu Dhabi, Sheikh Tahnoon Bin Saeed Bin Tahnoon Al Nahyan. Other teams slated to compete in the series are the Pune team, owned by Gadhoke group promoter Ameet Gadhoke, the Hyderabad team owned by industrialist Akhilesh Reddy and finally, the Ahmedabad team owned by Pen India Studios promoter Dhaval Gada.

Each team will comprise two cars and four drivers. The driver line-up for each team itself will consist of one international male driver, one international female driver, one Indian international driver (referring to Indian racers who have participated in international racing events) and one Indian domestic driver. The series has already confirmed some of the international drivers that will be competing, with the line-up including former F1 racer Vitantonio Liuzzi, Malaysian racer Alex Yoong, former European Le Mans champion Oliver James Webb and the sons of F1 legends Niki Lauda and James Hunt – Mathias Lauda and Freddie Hunt. Leading the international female driver line-up is Alice Powell, who recently completed the inaugural W Series season in 3rd place. Joining her will be IndyCar driver Pippa Mann, Swiss racer Rahel Freya, Gosia Rdest from Poland and Denmark’s Michelle Gatting and Christina Nielsen.

Moving on to the format, three races will be held on each day, with each being 30 minutes . Each race will follow a different format – the grid for the first race will be determined on the basis of the qualifying results, the second race following a reverse grid format, and the final race following a relay format. The series has also announced that JK Tyre will serve as a sponsor for Season 1.

The exact specifications of the cars that will be raced haven’t been confirmed yet, but we do know that it will be co-developed by Coimbatore-based JA Motorsports – the same company that builds cars for the MRF Challenge.

Alongside the league, X1 Racing will also run an eSports competition that will kick off tomorrow (October 10, 2019) in Mumbai. The virtual racing competition is being held in collaboration with OnePlus, and will host rounds in malls and colleges across the country. The finalists will then battle it out in the final rounds at the Buddh International Circuit and MMRT concurrently with the league. The fastest sim racer will win a contract with X1 Racing and the chance to be trained by Ebrahim and Patel to hone their racing skills. 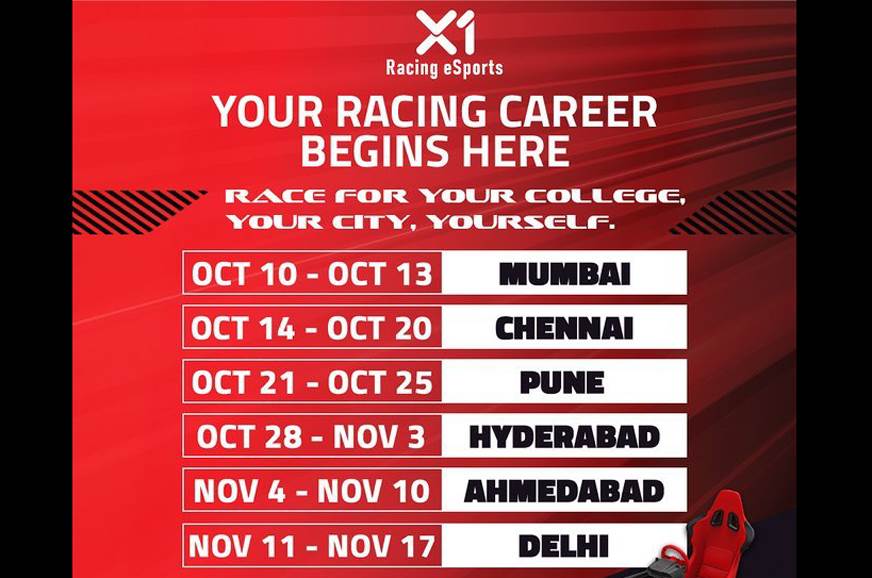 “We are aiming to set the gold standard for the (motorsport) ecosystem in India and make motorsport accessible to all. It is a huge opportunity for aspiring racers from India to make their mark and all eyes from the racing community will be on the league thereafter,” said Ebrahim at the press conference held in Mumbai.