Despite worries that the cars may not be fast enough, X1 Racing co-founder Aditya Patel is confident that races will be exciting. 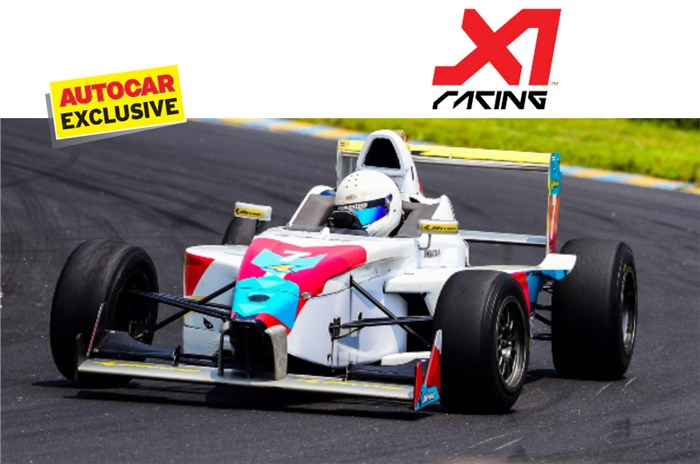 India’s X1 Racing League will run cars based on the old Formula BMW chassis when it hits the track for its inaugural season at the end of this month, Autocar India can confirm.

The single-seat racecars, which have been run by X1 Racing’s partner JK Tyres as part of its championships since 2011 (when the tyre manufacturer acquired the Asian arm of the Formula BMW series) will feature redesigned, Formula E-style bodywork.

Weighing in at 480kg and powered by a 1.4-litre engine capable of churning out about 172hp, the cars will effectively be based on a platform that is over ten years old, Autocar India understands from sources.

“Yeah, it’s based on the (Formula BMW platform) but with different bodywork and a different, entirely redesigned look,” series co-founder and racer Aditya Patel confirmed in a telephone interview.

“I don’t understand why it’s worrying because at the end of the day we want to make great racing.”

The X1 Racing League was first announced in June last year. The brainchild of Patel and fellow racer Armaan Ebrahim, it aims to give motorsports in India a much-needed boost.

Plenty of franchise-based leagues have come and gone since the success of cricket’s Indian Premier League in 2008 sparked a boom in the genre. The ones that have been successful have won audiences by infusing the sport with entertainment and spectacle through state-of-the-art television broadcasts.

The Formula BMW-derived cars, some are worried, could look slow and unspectacular, especially down the long straights and wide sweeping corners of the 5.1-kilometre long Buddh International Circuit, where the series will host its opening round.

But Patel, who said the series would anyway be using a different car next year onwards, said that would not be the case.

“Of course people would worry about it and we expected that. They’re still loud and they’re honestly not that slow. They still get to speeds of 220kph to 230kph. And again if you’ve got cars going bumper-to-bumper and overtaking and driver changes and all that’s going on, it still makes for exciting racing.”

However, he did admit that the series, which was in talks to run cars produced by J. Anand’s Coimbatore-based JA Motorsports and was also considering using imported Radicals, had been forced to scale back its ambitions for the first season due to cost reasons.

“The price at which we’re selling teams, we’d only be able to purchase cars and honestly not run the series beyond that. So we obviously had to make a business decision. We were looking at investors putting in more money, teams as well. There was a lot of word flying around about motorsport in the country, unfortunately, with people being stopped from different sides from putting any money into the league.

“We just want to make it happen. We’ve been working for two years and if the people are going to try to stop it now, we had to do things to… make it happen which obviously involved bringing the cost of the teams down,” Patel added.

Patel said he had spoken to the international drivers and they backed the decision to run with the Formula BMW-derived cars. He said it would also even the playing field for Indian drivers who have never raced abroad by making it easier for them to take on their international peers.

“If people are worried that the cars are not fast, all we want to do is make for great racing and we’ve got good validation from all the international drivers. So that itself gives us good peace of mind.”

Billed as the world’s first city-based motorsports league, the inaugural season would be about proving the concept, he added.

The opening round of the X1 Racing series will be held from November 30-December 1, 2019 at the Buddh International circuit in Noida, with the second round to be held at the Madras Motor Race Track (MMRT) on the outskirts of Chennai from December 7-8, 2019.

X1 Racing League: All you need to know