Williams to partner Renault again from 2012 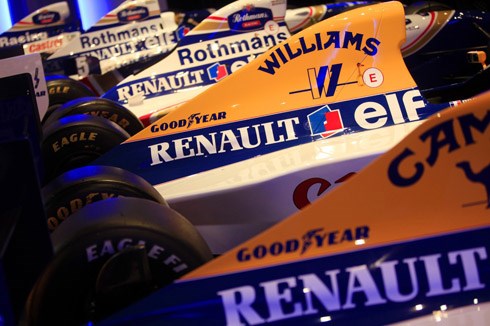 Williams has announced that it will use Renault engines from the 2012 season, in a renewal of the partnership that dominated Formula 1 for much of the 1990s.

Renault previously supplied Williams with factory engines from 1989 to 1997 in a collaboration that delivered four drivers' and five constructors' titles. The team is currently using Cosworth engines.

Team principal Frank Williams said he was extremely happy to reunite with Renault given their past successes together - but that both parties were now looking to an equally strong future.

"We are delighted and excited by our new partnership with Renault," he said. "This reunites the F1 team with a leading car manufacturer and complements our new relationship with Jaguar.

"At the same time, we are grateful to Cosworth: they have been a fair and reliable partner both on and off the track for the past two years and we look forward to working with them across our business in the future.

"Our previous relationship with Renault was one of the most successful in Williams' history but we will not allow ourselves to dwell too much on the past. We must look to the future and continue to re-build our on-track reputation, which I am hopeful that today's announcement will help us to do."

Renault Sport F1 president Bernard Rey said: "Renault remains in Formula 1 to achieve success in a cost efficient way and the partnership with Williams has great potential to add to the results we have notched up over recent years with our other partner teams.

"Williams has recently taken several important steps, both commercially and technically, to update its operations and we feel that this partnership is another important step in its rigorous plan. It reiterates how determined the team is to achieve results, which matches perfectly with our own objectives."

"From 2012 onwards the fact that we will have four partners puts us ahead of other engine manufacturers in terms of market share, but off track it will also enable us to further use Formula 1 as a marketing platform for our parent company, Renault, to try to bring a bit of this association to our fans and our customers worldwide," he said.

"Of course there's also a great pride in reviving the Williams-Renault name. Together, we produced racing cars that are recognised for their technical innovation and it is still Renault's most successful period in F1 to date. It's a hugely exciting opportunity for both Renault and Williams."