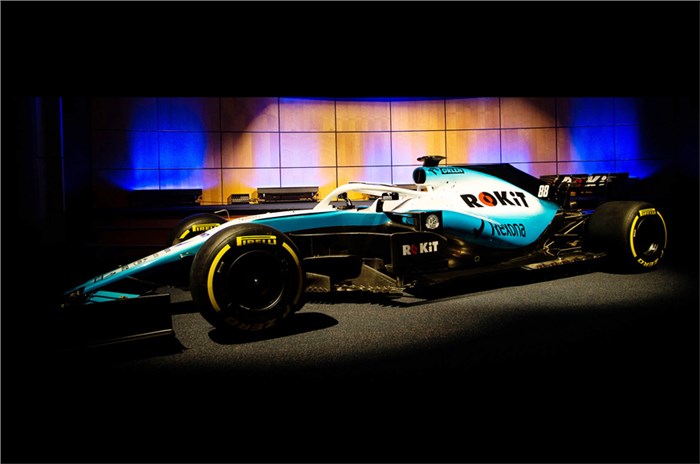 Williams Racing will compete in Formula 1 with a new title sponsor – Britain-based telecommunications company ROKiT – as part of a multi-year deal. The partnership was announced at an event held at the Williams Racing HQ at Grove, where the team also revealed the all-new livery its cars will be sporting for the upcoming season.

Martini previously served as Williams’ title sponsor since 2013, with the team sporting the brand’s iconic white, blue and red colour scheme. However, early last year, the brand decided to not extend its sponsorship deal with Williams Racing. The team’s cars will carry a new light-blue-and-white livery this season, instead.

Commenting on the team’s new partnership, Claire Williams, Deputy Team Principal, ROKiT Williams Racing, said, “We are delighted to welcome ROKiT to our team as our title partner for the 2019 season and beyond. We share many similar values and aspirations with ROKiT; primarily putting engineering and innovation at the core of everything we do in our pursuit to be the best – the perfect platform from which to start a partnership.”

While Williams has revealed its new livery, it’s expected to take the wraps off its new 2019 challenger only at the pre-season test in Spain, next week. This year, the team will field an all-new driver line-up comprising Robert Kubica – who will return to F1 after an eight-year hiatus – and reigning Formula 2 champion, George Russell.