Williams's deal with the drinks company revives the striped colour scheme last seen on the Brabham cars in 1975. 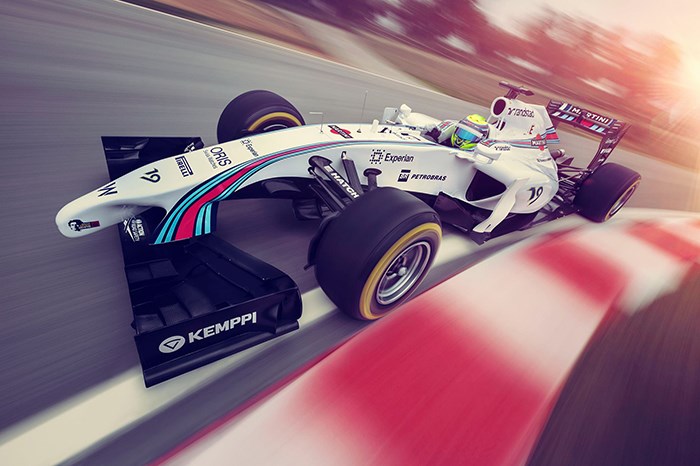 Williams has unveiled its 2014 Formula 1 livery, as it brings the legendary Martini colours back into grand prix racing as part of a new title sponsorship deal.

As revealed last month, Williams's deal with the drinks company revives the striped colour scheme last seen on the Brabham cars in 1975. It marks Martini's largest F1 programme since it backed Lotus in 1979.

"Williams and Martini share a rich history in the world of motorsport, and the values of our two brands and our shared passion for racing make this partnership a natural fit.

"It will be great to see the distinctive stripes of Martini Racing return to Formula 1 once again in unison with Williams."

Williams ended winter testing with the fastest time in the Bahrain tests, and seems poised for a resurgence this season after a troubled 2013 campaign.

"2014 is going to be a fascinating season, with regulation changes of this scale often shaking up the grid and creating opportunities for teams to make a good step forward," said Williams.

"Over the winter we have proved our ambition by making a number of positive changes; we welcome a new driver pairing, new senior technical personnel, and a number of new commercial partners for 2014.

"In Martini we have a brand that shares a passion for motor racing and winning championships. This partnership is a milestone in our history and we look forward to working closely with Martini over the coming years."