Webber to leave F1 for Porsche 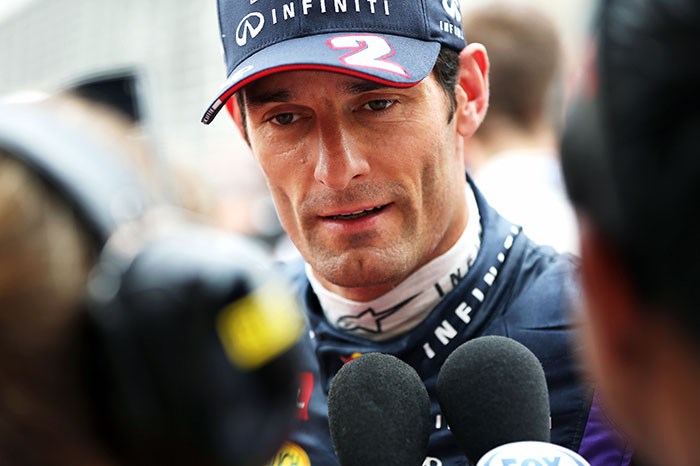 Mark Webber has announced that he will leave Formula 1 at the end of the season to join Porsche's new LMP1 sportscar programme.

Webber was first linked to Porsche earlier this season. He drove in sportscars with Mercedes in 1998-99 before returning to single-seaters in Formula 3000 and joining F1 with Minardi in 2002.

After spells at Jaguar and Williams, he joined Red Bull from 2008. He became a race-winner and title contender with the team, but was unable to match team-mate Vettel's success rate and had a turbulent relationship with the German, exemplified by Vettel's famous disregard of team orders at this year's Malaysian Grand Prix.

"It's an honour for me to join Porsche at its return to the top category in Le Mans and in the sports car World Endurance Championship and be part of the team," said Webber.

"Porsche has written racing history as a manufacturer and stands for outstanding technology and performance at the highest level.

"I'm very much looking forward to this new challenge after my time in Formula 1. Porsche will undoubtedly set itself very high goals. I can hardly wait to pilot one of the fastest sportscars in the world."

Webber joins Neel Jani, Romain Dumas and Timo Bernhard among the first drivers signed for Porsche's LMP1 programme, which will be its first assault on outright Le Mans 24 Hours honours since its 1998 triumph.

Wolfgang Hatz, Porsche's board member for research and development, said the firm was thrilled to get Webber on board.

"I'm very pleased to have secured Mark Webber for our LMP1 project as one of the best and most successful Formula 1 pilots of our time," said Hatz.

"Mark is without doubt one of the world's best race drivers, he has experience at the Le Mans 24 hour race and on top of that he's been a Porsche enthusiast for many years."

Porsche LMP1 programme chief Fritz Enzinger added: "I learned to appreciate Mark's qualities when we were both involved in Formula 1.

"He is one of the best pilots I could imagine for our team. I'm absolutely delighted that we have such an experienced and fast regular driver onboard from 2014."