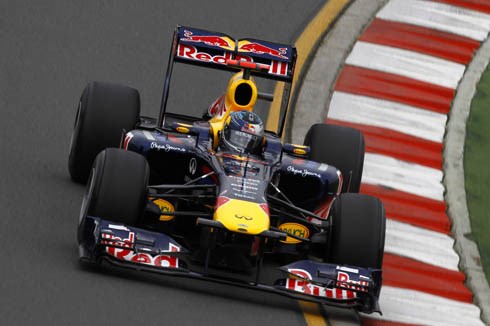 The Formula 1 season is officially go, go, go. Friday free practice saw the cars running for the first time in final race trim, and as expected Red Bull made a strong start. Home boy Mark Webber made the perfect start by going fastest in opening free practice and his world champion team-mate Sebastian Vettel  was only slower by 0.03sec.

Ferrari's Fernando Alonso was third fastest, but was more than half a second behind Vettel. Rosberg put the Mercedes fourth but it was Rubens Barrichello who was the surprise package of the day; he put the Wiliams Cosworth combination as high up as fifth, ahead of even McLaren's Jenson Button and Lewis Hamilton.

The session didn't go well for the Indian drivers. Narain's car was still being put together, as was the other HRT, and Karun Chandhok hit the wall in the Lotus, as he exited the pits at the start of the session. He was on cold tyres and spun in a flash.