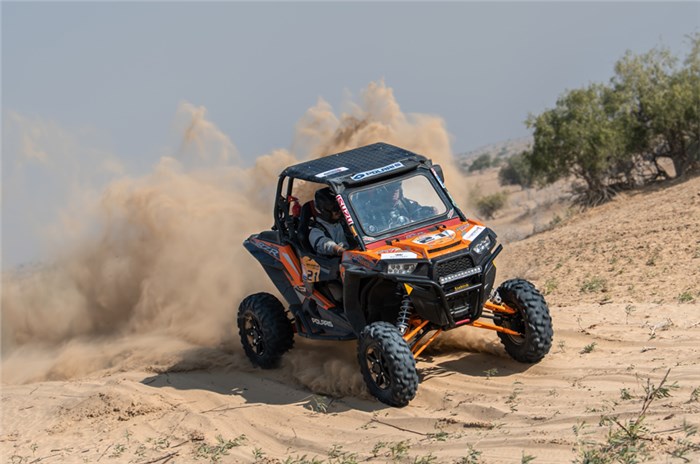 The fifth edition of the of the Ultimate Desert Challenge (UDC) concluded in Bikaner after three days, with Kabir Waraich (with co-driver Amber Udasi) and Gaurav Chiripal (with co-driver Karan Arya) winning the Off-road and X-Cross segments respectively.

Waraich, competing in a Polaris RZR 1000, completed the off-roading competition with an impressive tally of 1,090 points, out of a maximum total of 1,100. He managed to defeat 35 other teams to defend his title, making this his third Ultimate Desert Challenge victory in four attempts.

“It’s a hat-trick of wins at the UDC and I couldn’t have been happier. This particular win did not come easy, as the competition was very tight and scheduling was such that we were continuously running back-to-stages. I was feeling sleep-deprived at times but somehow I kept pushing myself and good results followed. I would like to thank my co-driver Amber without who this win wouldn’t have been possible,” said Waraich.

This year also saw the introduction of the new X-Cross segment, essentially a closed-circuit rallying contest requiring competitors to run eight back-to-back laps of 21km each over sand and gravel. Ultimately, only six out of the 12 competitors in the segment were able to complete all eight laps successfully. Chiripal clinched victory in the segment, clocking in a time of 2 hours 43 mins and 8secs in his Polaris RZR 1000. He was closely followed by Devendra Singh Rathore (with co-driver Vinay Bhatnagar) and Vikas Tanwar (with co-driver Rajit Kadian).