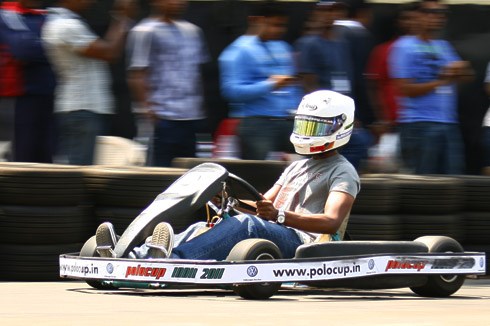 From close to 1700 entries recieved by Volkswagen for Polo Cup India 2011- 60 were selected to hit the track in a karting shootout held at the Army Sub-area Sports complex in Pune after a thorough screening of their CV by the VW team. The goal of the day was to find the 20-quickest drivers amongst the bunch- who will get behind the wheel of Race Polos for the final shootout at the Kari Motor Speedway in Coimbatore on April 8th.

After two sessions which gave each driver enough time to attack the short and technically straightforward 15-second lap, the top 20 were selected on basis of their best times from both sessions. These guys will have a go at the race Polos in Coimbatore- fighting it out with 40 addtional entrants from the Amaron Karting Challenge- who have direct entry into the second round of selections at Kari Speedway.